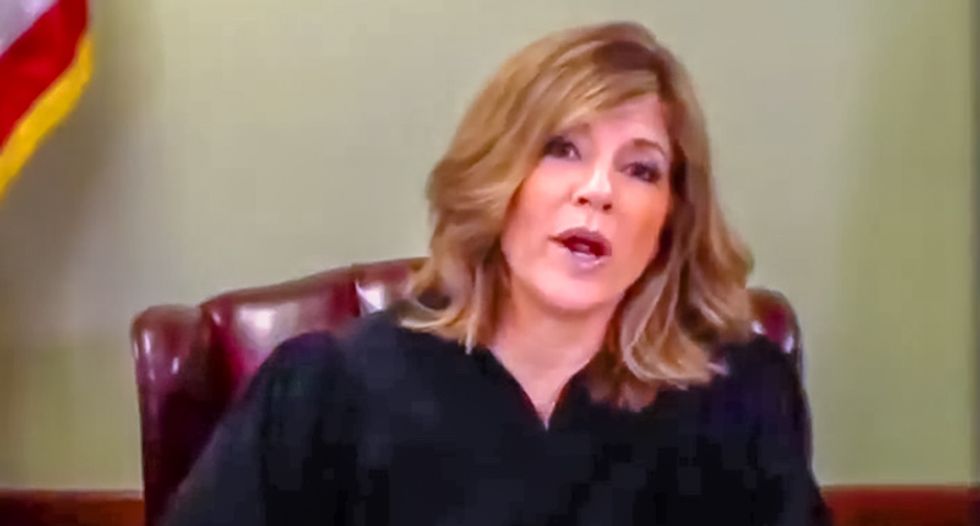 A Las Vegas judge has reportedly made a practice of telling convicted felons to restore their voting rights so that they can help re-elect President Donald Trump in the 2020 election.

According to court transcripts obtained by The Nevada Independent, District Court Judge Susan Johnson encouraged at least two defendants who pleaded guilty to felony charges to follow through with their probation requirements and to "vote for Trump" in 2020.

The publication also spoke to "multiple criminal defense attorneys" who confirmed that the judge made the remarks to at least four defendants.

At one sentencing hearing on July 18, Johnson suspended Gregory Galazin's 28-month prison sentence and placed him on probation even though he admitted to assault and battery with a deadly weapon. Johnson advised him to complete his probation requirements and he would have his voting rights restored in "plenty of time" to cast his ballot for the president.

“That way your civil rights would be restored and you would have plenty of time to vote for Mr. Trump on the next election, okay?” the judge was quoted as saying in the transcripts.

In another case, Johnson directed another man pleading guilty to a felony to withdraw his plea and admit to a misdemeanor instead.

“But if you do everything I tell you to do you’ve got an opportunity to do some great things and possibly depending on the time you might be able to vote for Trump in the next presidential election,” Johnson explained to defendant Reed Anthony Morris, according to the court transcripts.

Read the entire report from The Nevada Independent.