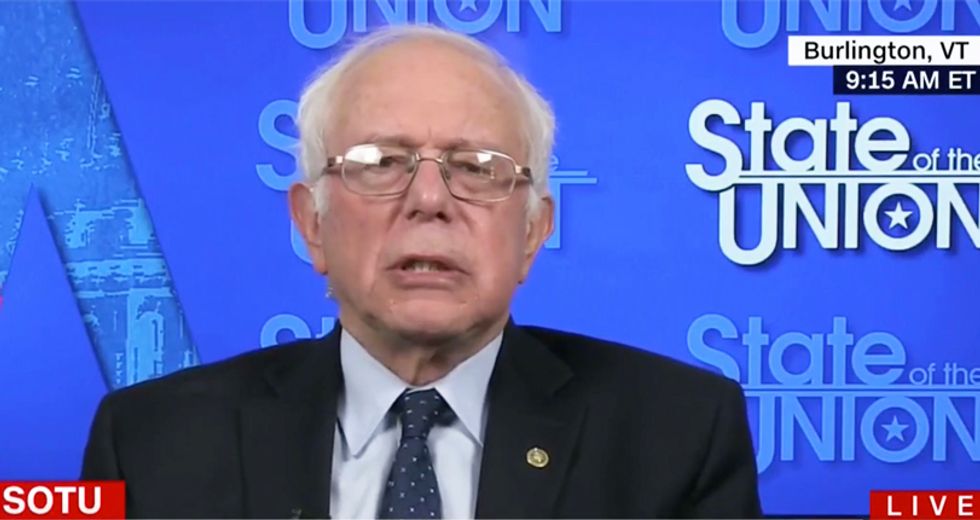 Appearing on CNN on Sunday morning, Sen. Bernie Sanders (I-VT) unleashed an attack on President Donald Trump, accusing him of racism in the way he is dealing with the humanitarian crisis in hurricane-battered Puerto Rico.

"I want to ask you about Puerto Rico," Tapper began. "What did you make of President Trump tweeting that Puerto Ricans, quote, 'want everything to be done for them?'"

"You know," Sanders sharply replied. "Speaking from his fancy golf club, playing golf with his billionaire friends, attacking the mayor of San Juan, struggling to bring electricity to the island, food to the island, water to the island, gas to the island, that is just -- it is unspeakable!"

"I don't know what world Trump is living in" the animated Vermont senator continued. "People in Puerto Rico are suffering one of the worst disasters in the history of that island. We have got to do everything we can to help them. We all have got to remember, the people of Puerto Rico are American citizens, entitled to the same help as the people of any other community in America."

"The White House denies it, but there are a lot of critics who say that race or ethnicity may be playing a factor here," Tapper asked. "What do you think?"

"Well, look," Sanders explained. "Given the president's history on race, given the fact that he, a few months ago, told us that there were good people on both sides, when neo-Nazis were marching in Charlottesville, yeah, I think we have a right to be suspect that he is treating the people of Puerto Rico in a different way than he has treated then people of Texas or Florida."