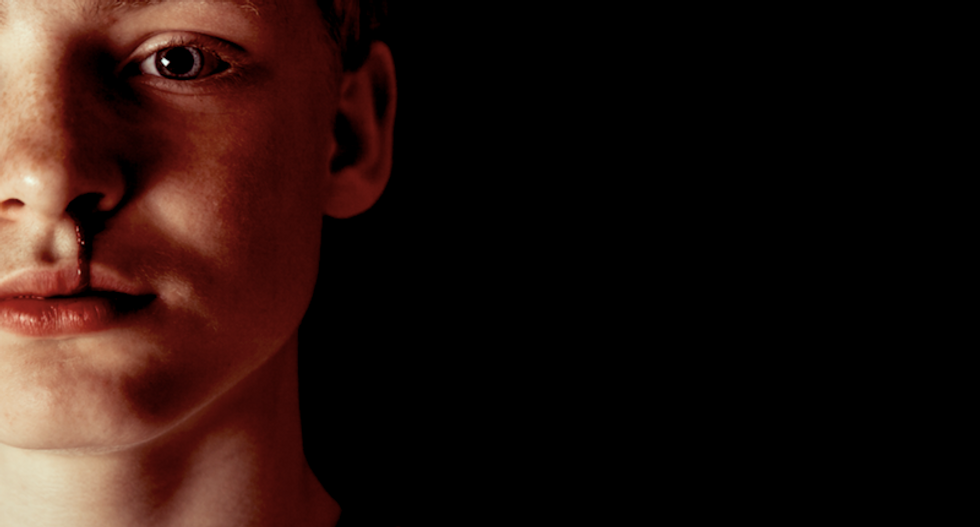 A California high school student who cracked jokes about whipping slaves was beaten up after returning from an unspecified disciplinary action.

The Clovis student took part in a Snapchat conversation with other members of the Future Farmers of America, and screen shots of the exchange were widely circulated on Twitter, reported the Fresno Bee.

The teens referred to black people as slaves and the N-word, and joked about taking a jet "over to Africa and smuggle a new one over."

One teen, identified as “Williammm," shared an illustration of a white slave owner whipping a slave, captioned with: "I'm punishing him."

“I caught my house (N-word) looking at chevys on Craigslist so I lynched him and his kids,” said another teen, named “Jackson.”

A Buchanan High School student who was punished for his participation in the chat returned to school Thursday, but it's not clear whether he was suspended or been on independent study.

A video circulating on social media shows a black classmate approach the white teen, who says he's not doing anything.

The black student then begins punching the white student, and the fight spills into a nearby classroom.

“What is shown on the seconds-long video appears to clearly violate the district’s student discipline policies,” said Kelly Avants, spokeswoman for Clovis Unified School District. “To underscore the unacceptable nature of such behavior, any student found to be in violation of our student discipline, zero tolerance or bullying policies faces disciplinary consequences.”

The school refused to identify the students, but classmates said the white teen had taken part of the Snapchat conversation.