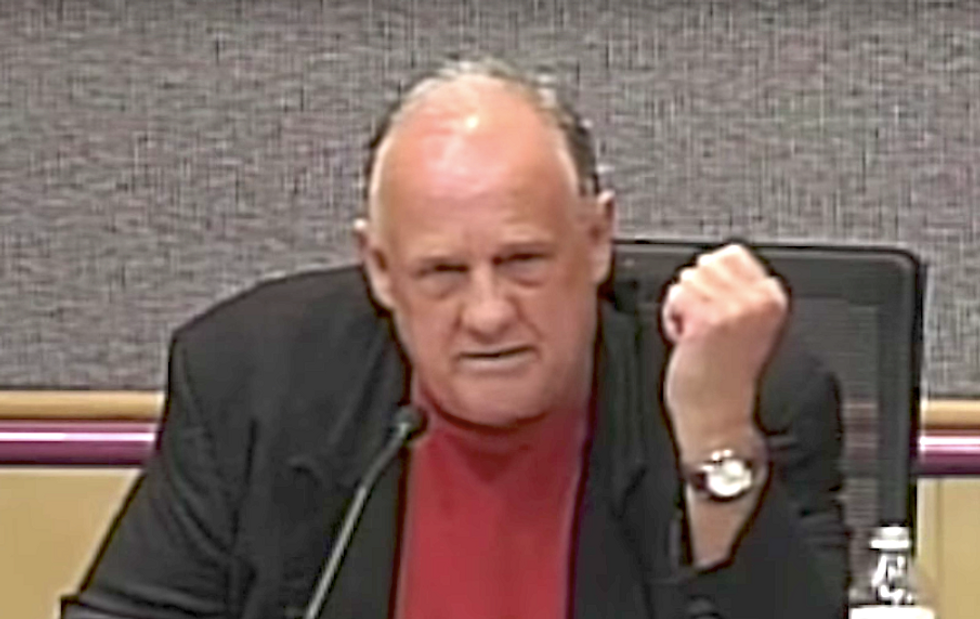 A candidate running to be mayor of Hopkins, MN let fly with a mind-bogglingly racist rant during a debate about light rail lines that has to be seen to be believed.

Candidate Bob Ivers said a rail line his suburban town to Minneapolis would be "nothing but a tube that's going to bring riffraff and trash" from "Welfare-opolis" who will shoot and kill the white children of Hopkins, reported the Minneapolis City Pages.

"As seen at a recent mayoral debate, Ivers has a delivery style that combines the worst elements of Jesse Ventura, Donald Trump, Archie Bunker, and the least likable a**hole taking up a stool at a suburban bar," wrote City Pages' Mike Mullen.

"You listen, and you listen real close," Ivers said during a candidate forum with incumbent mayor Molly Cummings.

Later in the forum, Ivers described the population of Hopkins as "90 percent white," with "10 percent coloreds and Mexicans and Asians that are here."

But, he warned, if the light rail line is built, "you're going to have all the ethnics you want."

Ivers ran for mayor against Cummings in 2015 and received a total of 71 votes, a total take of 7 percent, which was lower than the number of write-in candidates, reported Mullen.

Ivers' self-penned candidate profile in the Minneapolis Star-Tribune describes him as "62 years old, single, & retired. I am experienced in promotions, music, & small business. I am also an inventor."

Among the planks in his mayoral platform, Ivers listed, "Prosecute businesses that knowingly sell pull tabs to mentally handicapped patrons" and a weekly citywide variety showcase called "Hopkins Has Talent."

Watch video of Ivers' rant against light rail, embedded below: