WATCH: Montel Williams chokes up while schooling Trump on how to speak with Gold Star families 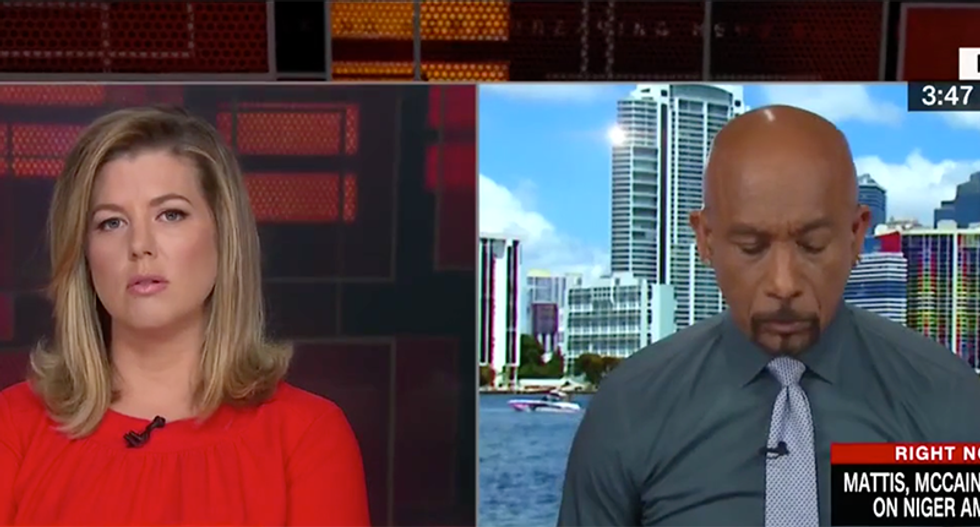 TV host and veteran U.S. Marine Montel Williams dissolved into tears on the air while discussing the sacrifices Gold Star families make and the inadequacy of President Donald Trump's response to the grieving.

In an op-ed piece for USA Today, Williams said of widow Myeshia Johnson, "We should all be ashamed that her kids will one day read that the commander in chief made their mother cry. And we should pray our ideals survive."

"This is going to make losers out of all of us," Williams told CNN anchor Brianna Keilar, by empowering the forces trying to stoke divisions among Americans.

"We ought to really think about the fact that right now, there are other mothers, other wives, other children who are looking at this news right now and wondering, 'Is this how my father, my son or my husband are going to be treated when they die?'" Williams said.

He also dismissed the back and forth between Rep. Frederica Wilson and White House Chief of Staff John Kelly as a side show. The woman who raised Sgt. Johnson as a son also confirmed what Trump said to the family and it made Johnson's widow weep.

"Gold Star families have the right to interpret their grief however they want," Williams insisted, "especially in the first three or four days of retrieving the body."