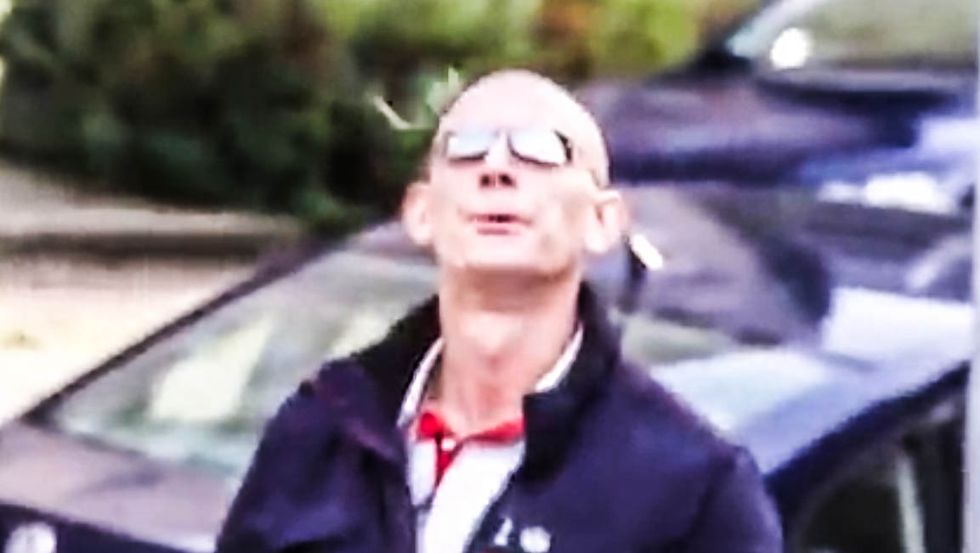 A neo-Nazi in Germany this week was caught on camera spitting at an elderly Holocaust survivor -- and then he proceeded to flip up a middle finger before making a "Heil Hitler" salute.

The Daily Mail reports that police in Germany are searching for a bald, middle aged white man who spat at 84-year-old Rolf Issacsohn, who was being interviewed for a documentary outside of the Leipzig Synagogue Memorial.

The man walked out in view of the cameras during Issacsohn's interview and spat in his direction and then lifted up his middle finger. Witnesses says that after the TV crews turned off their cameras, the man also flashed a Nazi salute.

After the incident, Issacsohn said he was horrified that a Nazi skinhead would be so brazen about showing off his racism and anti-Semitism in public.

"I was shaking inside," he said. "To see a man give the Hitler salute in public and at such a place -- this cannot be allowed."

Giving Nazi salutes in Germany is illegal, and the man could be sent to jail for up to six months for it.