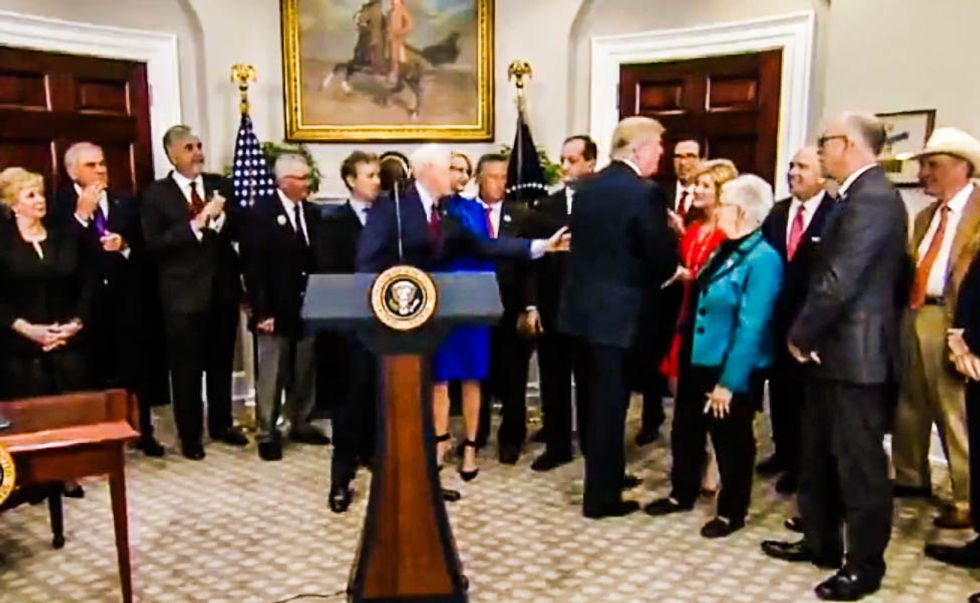 President Trump tries to leave a signing ceremony without having signed the executive order (Screen cap).

For the second time this year, President Donald Trump tried to leave an executive order signing ceremony before he actually signed the order.

On Thursday, the president finished his remarks about an executive order he was about to sign that would weaken key insurance regulations of the Affordable Care Act. He then started shaking hands with people in the room and started walking definitively toward the exit.

At that point, Vice President Mike Pence had to walk over to him, tap him on the arm, and remind him that he still needed to sign the executive order.

Pence was also on hand this past spring when Trump started to leave a signing ceremony for executive orders related to American trade policy.

Watch the video of Trump trying to leave the signing ceremony below.