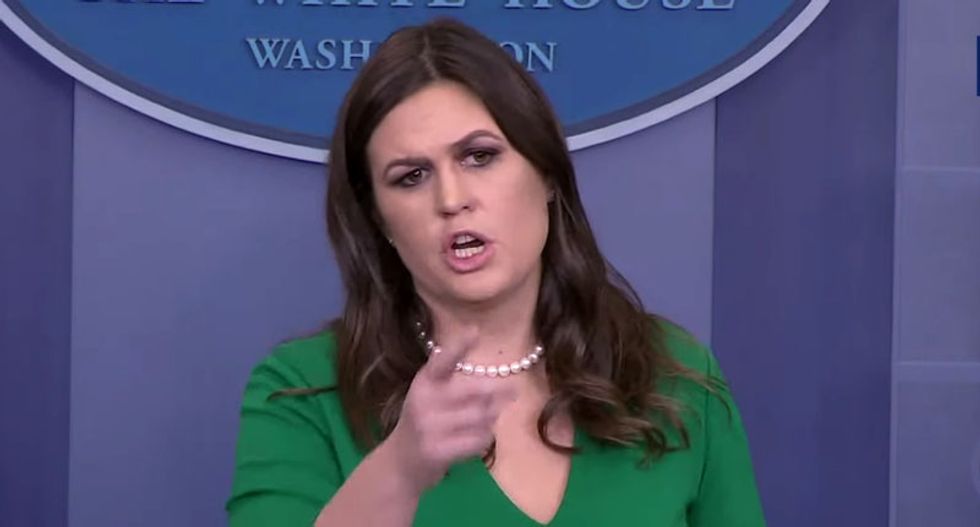 White House press secretary Sarah Huckabee Sanders on Friday dismissed allegations that members of Donald Trump's presidential campaign had colluded with Russian operatives. Instead, she said that the only "collusion" in 2016 was between the Democratic Party and their own candidate, Hillary Clinton.

During a press briefing, Fox News' John Roberts asked Sanders if the White House thought the Russia investigation was a waste of money.

"I think the president has been pretty clear what his position is," she replied. "Congress has spent a great deal of time on this -- a better part of a year. All of your news organizations have actually probably spent a lot of money on this as well, which we would probably consider a pretty big waste."

"I think that our position hasn't changed since day one, and I think we are seeing now that if there was any collusion with Russia, it was between the DNC and the Clintons, and certainly not our campaign," she said