Watch the MSNBC interview with Rep. Frederica Wilson that set Trump off on crazed Twitter rant 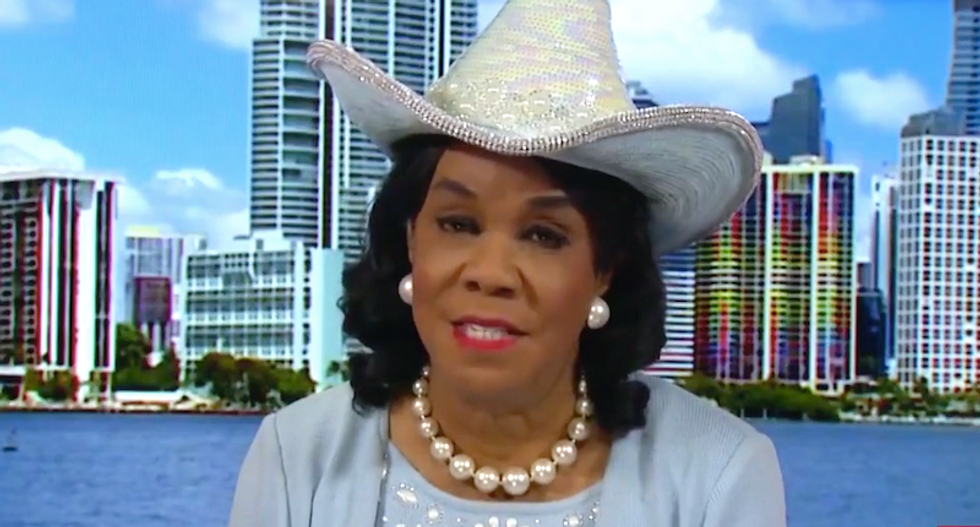 Rep. Frederica Wilson (D-FL) was riding in a car with the pregnant widow of Sgt. David Johnson, who was killed Oct. 4 during a terrorist ambush in Niger, when the president called to offer his condolences.

She said Tuesday evening that the president told Myeshia Johnson that her late husband "knew what he signed up for ... but when it happens, it hurts anyway."

"That's not the worst part," Wilson told MSNBC's "Morning Joe." "She was crying the whole time, and when she hung up the phone, she looked at me and said, 'He didn't even remember his name.' That's the hurting part."

The president's remarks, which he denied moments after Wilson's interview ended, were made in lighthearted fashion, according to the Florida Democrat.

"He was almost like joking," Wilson said. "He said, 'Well, I guess you knew' -- something to the effect that he knew what he was getting into when he signed up, but I guess it hurts anyway. You know, just matter of factually, that this happens --

anyone who is signing up for military duty is signing up to die. That's the way we interpreted it, and it was horrible. It was insensitive, it was absolutely crazy, unnecessary. I was livid."