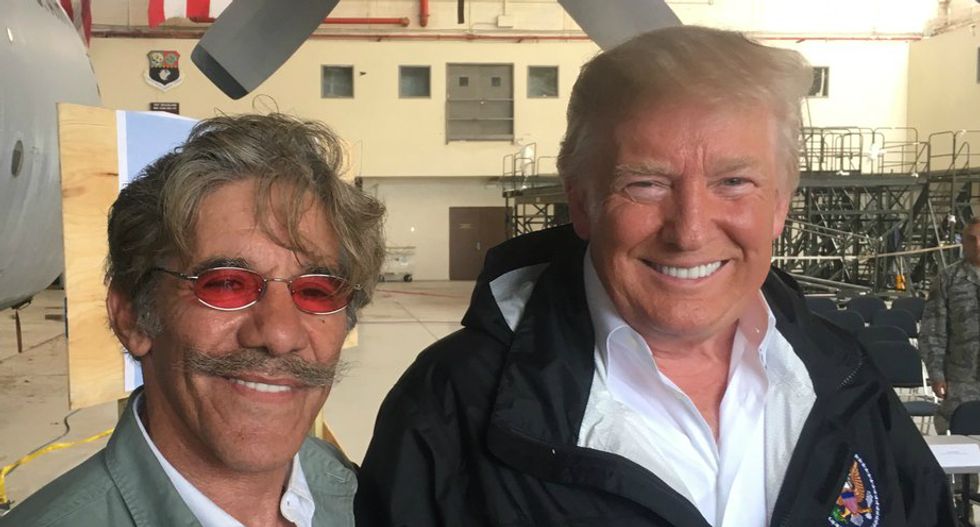 In an interview with Fox News' Geraldo Rivera during his four-hour trip to San Juan, Puerto Rico, President Donald Trump once again blamed the island territory for their debt in the wake of Hurricane Maria.

"They owe a lot of money to your friends on Wall Street and we're going to have to wipe that out," he said. "You're going to say goodbye to that, I don't know if it's Goldman Sachs but whoever it is you can wave goodbye to that."

Trump said Puerto Rico's debt will have to be wiped out.

"We're going to have to wipe that out. You're going to say goodbye to that" pic.twitter.com/vn4V8gVaDQ

Trump has brought up the territory's debt multiple times since Maria hit the island, including earlier on Tuesday when he told citizens they have "thrown the budget out of whack."