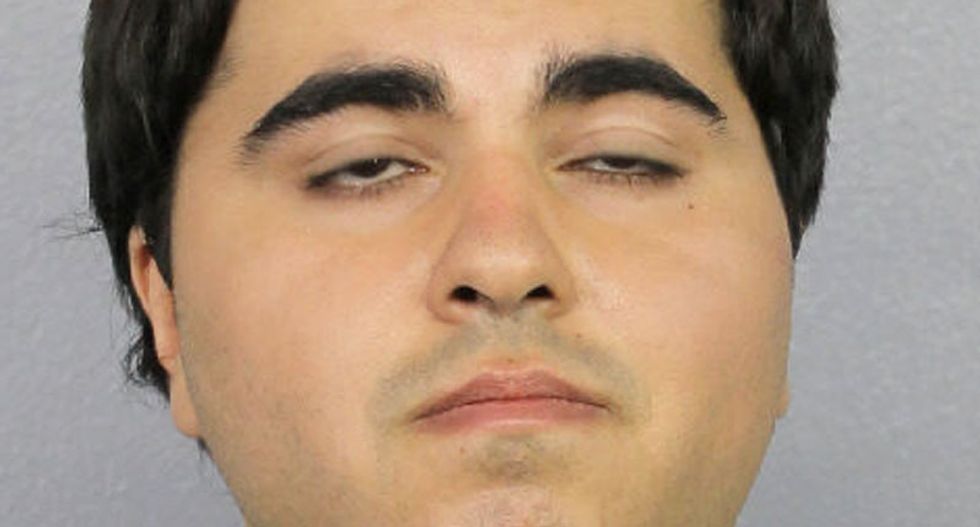 A white supremacist who was arrested for charging at anti-Confederate demonstrators during a small protest in Florida is now asking for the internet to help pay his legal fees, according to Miami New Times.

Christopher Rey Monzon, who also goes by the name Chris Cedeno, was quickly arrested in August after he charged into the crowd, who were urging city commissioners in Hollywood, Florida, to rename streets bearing the names of Confederate generals.

“You are a cancer on the face of the earth!” Monzon told the protesters. “All Jews are!”

Video of the incident showed him waving his Confederate flag towards the protesters as he tries to rush towards the crowd. But he only made it a few feet before police officers grabbed him.

The 22-year-old Monzon was charged with disorderly conduct, aggravated assault and inciting a riot.

He has now turned to a crowdfunding website called GoyFundMe to seek help paying his legal fees.

"Because Mr. Cedeno's politics don't follow the mainstream view, the legal system is throwing the book at him to silence him and intimidate anyone else who holds his views, namely that Islam has no place in the South," his fundraising page claims. Monzon is seeking $1,000 to "fight these bogus charges."