'Who thought this was a good idea?': Internet slams magazine for holding all-male panel on women in business 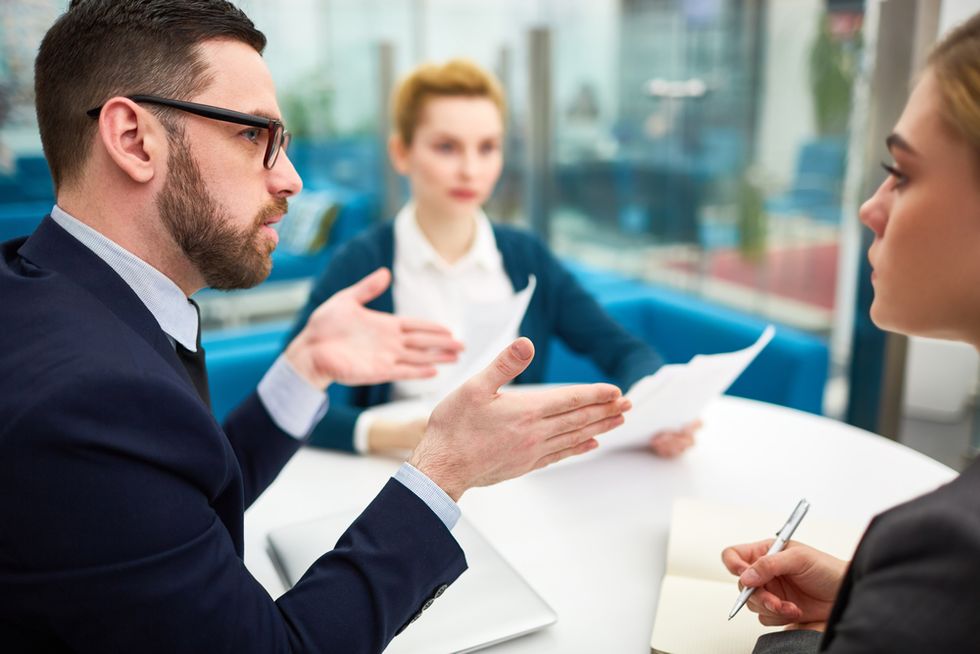 A man explaining something to female coworkers (image via Shutterstock).

On Monday, journalist Yashar Ali posted perhaps one of the most comical real advertisements in recent memory.

As part of their "Women's Empowerment" series, South Jersey Magazine is hosting a panel on "Women in Business: A man's point of view."

Naturally, Twitter had a lot to say about it.

"Intersectionality is not a panel of men talking about women's empowerment. This is literally the last thing women in South Jersey need. GTFO," Curbed NY editor Zoe Rosenberg wrote.

"Oh, good," she wrote, "Because I've always wondered what they thought.

After Ali's tweet went viral, SJ Magazine responded on Twitter that "men have a responsibility to step up and support women." They then replied to other Twitter hecklers by saying "no mansplaining allowed."

Check out some of the best responses to this outrageous panel below.