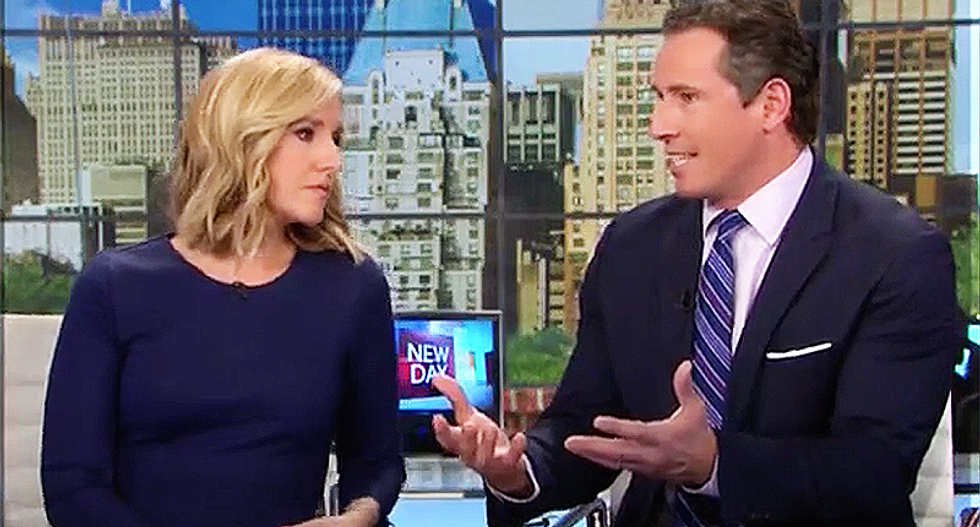 Secretary of State Rex Tillerson refused to discount rumors that he called the president a "f*cking moron." When questioned by CNN's Jake Tapper Sunday whether it was true, Tillerson said he refuses to engage in such rumors because people feed on it. But Monday morning, the CNN panel called Tillerson's response dishonest spin.

Co-host Chris Cuomo couldn't understand why the White House would even put him out for interviews in the wake of this controversy.

"The answer doesn't work," Cuomo said of Tillerson's denial. "It just doesn't. It doesn't sound like he's saying he didn't say it. If you want to deal with the pettiness of D.C., you have a very easy way to dispense of it: 'I never said it. The report was wrong.' Why doesn't he say that?"

"If you think about it, just saying, he doesn't want to participate with it, that's not how he deals," Louis said. "That is a shot across the bow. Or, frankly, a response to the people in the room who heard this and eventually told a reporter that he heard it. That is the fight he seems to lose. Not so much that reporters are doing their job, because we're going to do our jobs."

Louis went on to say that someone in the State Department seems to have some knives out for Tillerson and stuck him in the back.

"I don't think he didn't come out and say he didn't say it, because he probably did say it, number one," Louis continued. "Number two, if you get five, or six, or seven or eight people who said 'I was there. He did say it.' Or, God, forbid there's a report recording, then he's in a worse position than when he started."

Cuomo went on to blame President Donald Trump himself for bringing the issue up and talking so much about it. As a result of Trump's tweets, reporters have started looking deeper into the issue.

"He can thank his boss," Cuomo said. "What names they call each other, I don't care that much. But when you call into question all reporting and what's real and fake, you have now created pressure right from the White House. Yeah, now we have to nail it down because you say everything is not true."

Stand-in co-host Poppy Harlow chimed in to say that this has now gone beyond a "he said, she said" issue and Tapper's follow-up was the heart of the issue.

"It is why does it matter, if you, the Secretary of the State, the highest diplomat for this country, thinks the president doesn't know what he is talking about," Harlow noted. "Whether you think that or not is of the utmost relevance."

‘Why doesn’t he say that?’: Cuomo calls... by sarahburris