Wolf Blitzer: 'All 52 GOP senators' are refusing interviews amid Trump feuds with Corker and North Korea 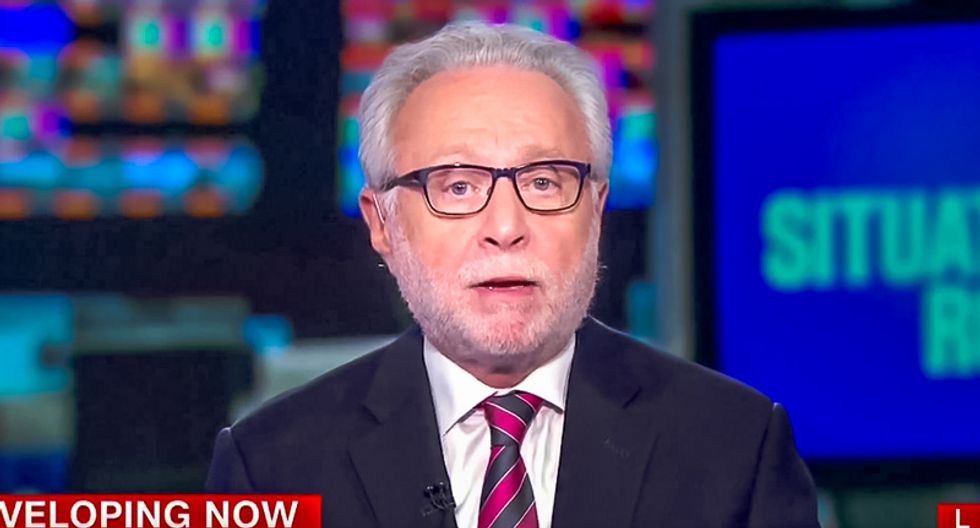 CNN host Wolf Blitzer revealed on Monday that all 52 of the Republican members of the U.S. Senate had declined to appear on his show amid President Donald Trump's Twitter war with Sen. Bob Corker (R-TN) and rising tensions with North Korea.

Corker riled Trump this week after calling the White House an "adult day care center" and warning that the president was pushing the U.S. closer to World War III because of his rhetoric against North Korea.

"We reached out to all 52 Republican senators here in Washington to appear on today's program," Blitzer explained. "I got no takers. At least, not yet. All of the offices said the senators were either not available or they didn't respond to our request."