Alabama voter tells NBC News: 'I would rather be mauled by badgers than vote for Roy Moore' 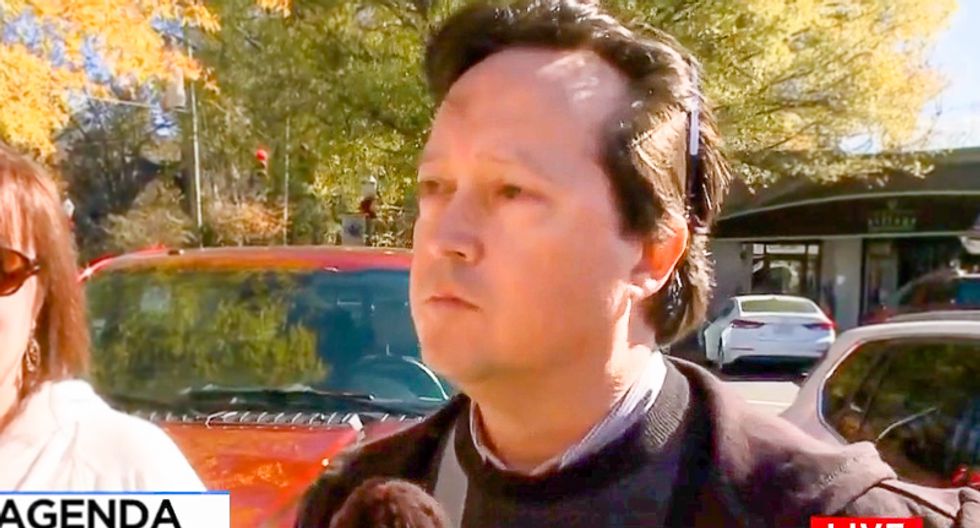 NBC News correspondent Catie Beck spoke to an Alabama voter on Sunday who said he would rather be "mauled by badgers" than cast his ballot for accused child molester Roy Moore, who is running as a Republican for U.S. Senate.

Beck told MSNBC host Alex Witt on Sunday that many evangelical voters were standing behind Moore, but she said other residents were vocal about their opposition to the GOP nominee.

"I would rather be mauled by badgers than vote for Roy Moore," one man told Beck. "He doesn't understand the Constitution of the United States and he is a demagogue."

Beck, however, spoke to another woman on the same street who said she was backing Moore despite the allegations against him.

"I just still think he's innocent until proven guilty," the woman said. "I know that I am not for abortion and I know he is pro-life and I am a huge pro-life supporter."

"Do you believe the allegations at all?" Beck asked.

"No," the woman insisted.