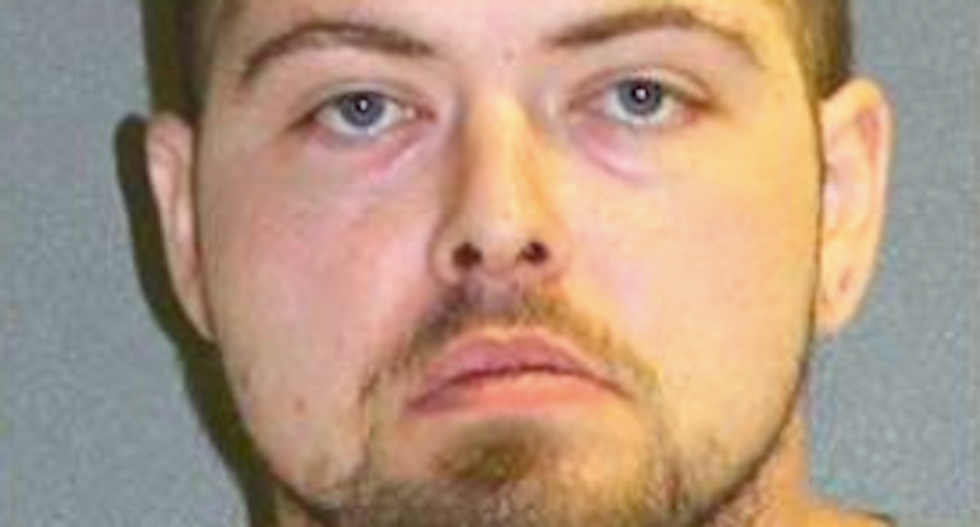 A Florida man was arrested on a variety of charges after drunkenly admitting during an argument with his parents that he had built an explosive device.

Volusia County sheriff's deputies were called Sunday afternoon to a DeBary home for a domestic disturbance involving a 31-year-old man and his parents, reported News 13.

Deputies said Christopher Langer had told his parents he placed an explosive substance inside a grenade, and investigators found the device with a paperclip in place to keep it from blowing up.

Law enforcement detonated the grenade, which investigators believe was intended as a booby trap.

Other small canisters were found buried around the yard, but they were not set up to explode.

Sheriff Mike Chitwood said Langer told deputies he was "anti-government" and "against the system," and he intended to "get even" by injuring first responders.

“What’s extremely concerning is you’re talking about a kid’s school lunch box," the sheriff said. "What was in his mind where you would put together a Spongebob lunch box and booby trap that?”

Langer had what appears to be a Guy Fawkes mask favored by left-wing and anarchist demonstrators, and his infrequently used Facebook page suggests support for Occupy Wall Street and Anonymous activism.

Investigators executed a search warrant, and they found 200 containers inside the house -- along with powders, acids and other materials.

Langer had saved up about 80 bottles of urine that deputies said could have been used to fuel bombs.

Deputies said Langer, who was revived two weeks ago by deputies from a heroin overdose, had researched bomb-making and appeared to be in the process of making explosive devices -- but they're not sure why yet.

“Two weeks ago we saved your goddamn life, and now we’re here two weeks later and you’re talking about how you wanted to blow us all up,” Chitwood said.

Langer's brother was found to be growing psilocybin mushrooms at the home, as well, deputies said.

The sheriff said Langer's bedroom was filthy, although the rest of the home was unremarkable.

"You go in his room, which is absolutely deplorable, and if I was a roach, I wouldn’t live in that room -- that's how despicable and dirty and feces and urine filled that room is," Chitwood said. But the rest of the house is in pretty good shape."

Some of Langer's neighbors were evacuated while the bomb squad searched for and detonated explosive devices on the property.

Langer was charged with making or possessing a destructive device and remains jailed on $5,000 bail, and deputies said additional charges are possible.