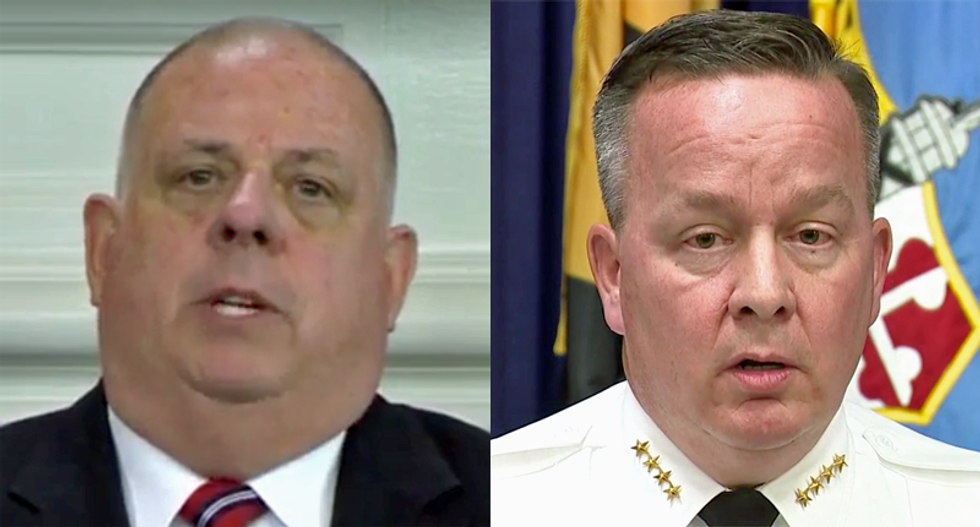 Police in Baltimore have made no arrests in the shooting death of homicide Detective Sean Suiter, who was slain with his own gun the day before testifying against fellow officers before a federal grand jury. Despite the lack of progress in the case and the clear conflict of interest, the Baltimore Police Department is refusing to allow the FBI to take over investigation, WBAL News reports.

"I have a lot of confidence in the Police Commissioner, Kevin Davis, in Baltimore, but at some point, obviously, the more eyes we have on this, the better," Governor Larry Hogan said Tuesday.

Under federal law, the FBI is unable to take the lead absent a request from the police commissioner.

Experts, however, told The Baltimore Sun that relinquishing the lead to the FBI would make sense for the department.

“If an investigation is not deemed to be impartial and credible it has no value,” Professor David M. Shapiro of the John Jay College of Criminal Justice in New York explained. Shapiro is a former prosecutor and FBI agent.

“At this point I have very little faith in this department to conduct an impartial investigation,” Professor Maria Haberfeld, also of John Jay, noted.

Detective Suiter was an 18-year veteran of the Baltimore Police Department. He left behind a wife and five children.

A funeral for Detective Suiter will be held 11 a.m. Wednesday at the Mount Pleasant Church, at 6000 Radecke Ave., followed by a procession to Dulaney Valley Memorial Gardens in Timonium.