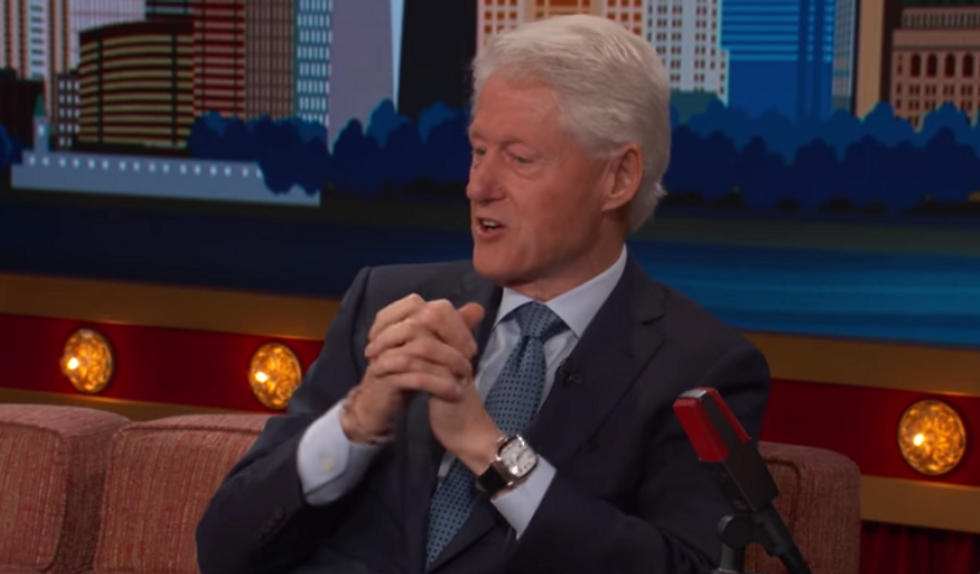 Bill Clinton on Wednesday—the one year anniversary of his wife, Hillary Clinton’s, historic defeat by Donald Trump—joined Conan O’Brien to discuss a “profound change” in the United States since he first ran for president in 1992, and suggested Donald Trump wants to be part of the “Dictator’s Club” with his “fake news” rhetoric and thirst for nuclear power.

“The country is much more diverse than it used to be, and I think that’s a good thing,” Clinton said of the U.S. electorate. “We are still, compared to other countries, relatively young. And, having lost it, I can tell you: youth matters”

“We need immigrants to keep coming and diversifying the country,” Clinton added before jumping into “the thing that’s not so good.”

Discussing Hillary’s defeat in 2016, Clinton explained “the people who voted for her were people who were hopeful about the future, believed in the assets of the country, believed we could grow together, and were basically more resistant to the bizarre nature of the way the election was covered.”

“I think what all of us have to do is … we have to remember that the founders told us our job was to create a more perfect union,” he continued. “We have to create inclusive economics, inclusive societies and we need an inclusive culture.”

“Whether you’re conservative or liberal, you have to decide which is more important: our interesting difference or our common humanity?” Clinton asked. “And that’s the conclusion I draw.”

Turning to some of the challenges citizens face in today’s society, Clinton warned against authoritarians seeking to muddy the truth and turning to weapons as a show of strength.

“And the Dictators Club in the world, they want two things,” Clinton said. “They want nuclear weapons, because they feel like they can never be dislodged no matter how much people hate them if they’ve got nuclear power. And they want to abolish the line between fact and fiction and truth and lie, because they figure if you don’t what’s true and you don’t think you could ever know, pretty soon, everybody will accept the fact that democracy’s no longer possible”

“Are you talking about foreign countries now or here,” O’Brien asked. “Because that shook me to the bone for a second.”