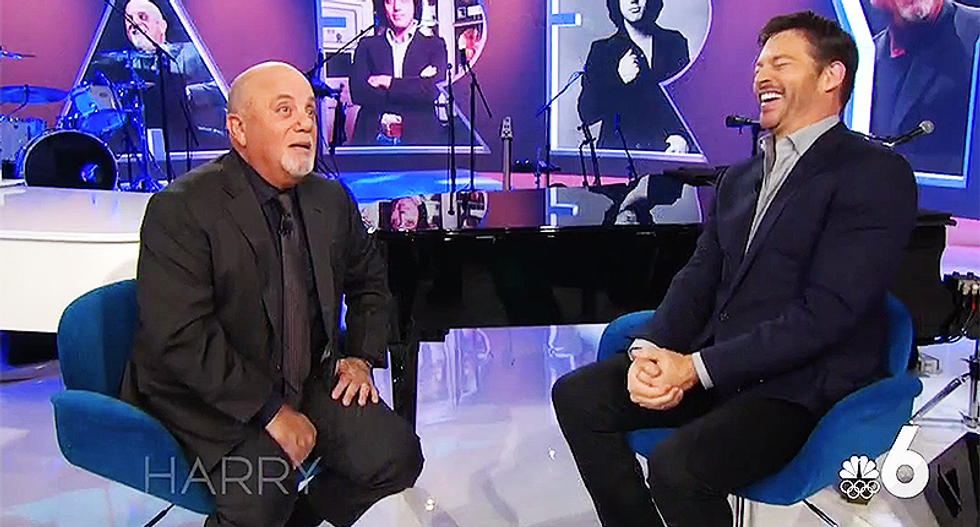 During an appearance on Harry Connick Jr.'s show Wednesday, singer/songwriter Billy Joel made an unfortunate joke about a concert in which Amy Schumer and Jennifer Lawrence appeared on stage with him.

Schumer and Lawrence are good friends and often attend events together. A photo flashed on screen of the two women standing on top of Joel's piano as he played.

"I was trying to look up their dress," Joel said, and the audience and host laughed. "But they were wearing pants so, it didn't happen."

The concert occurred at Wrigley Field in Chicago. Their city council banned "upskirting" in 2014, making it illegal to film up a woman's skirt in public without her consent.

The joke comes amid an explosion of accusations against men in Hollywood, politics, music, business and other fields sexually harassing or sexually assaulting women they work with.

Watch the clip of the show below: