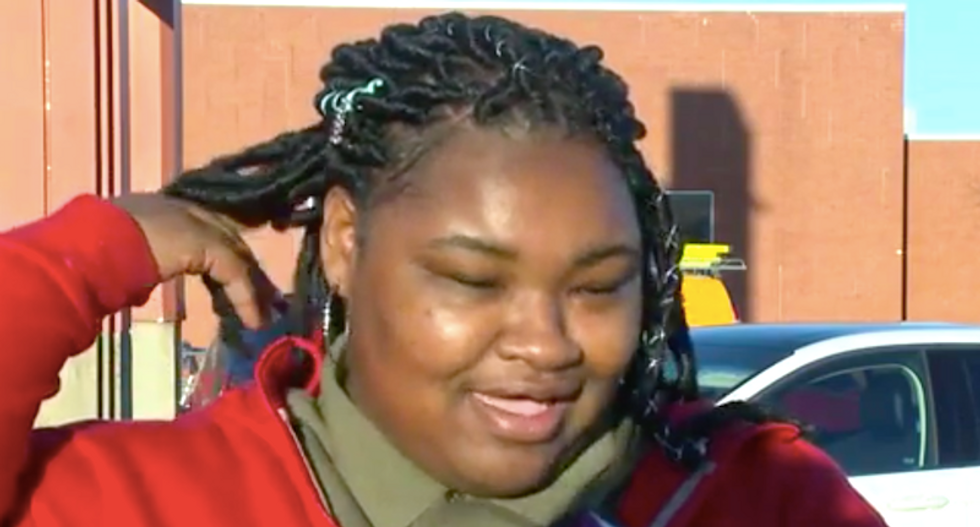 A Wisconsin woman said she wasn't allowed to work last week after showing up with dreadlocks.

Destini Briggs spent $150 in faux dreadlocks before her Nov. 17 shift, but her employer refused to let her clock in, reported WITI-TV.

The 19-year-old Briggs, who is black, said her manager at Pet World told her she had to take out the dreadlocks before she could begin work.

"I think it's appropriate for anything. It's not too long, I can pull it back, won't get in the way of anything," she said.

She and her mother confronted the Menomonee Falls pet shop manager, who cited an employee handbook rule stating that "hair is to be natural color and an appropriate style for a retail setting."

Briggs said her dreadlocks meet both those requirements.

"I think that it was an ambiguous statement," she said. "If you want someone to adhere to the rule book, then it needs to be very plain and simple for everyone to understand."

Briggs and her mother weren't sure why the manager was so strongly opposed to the young woman's hair.

"I was very shocked," said her mother, Starla Henderson. "You're selling dog food, you're cleaning bird poop out of a cage. You're picking worms out of the box. I don't know who it bothered."

The manager called police after Briggs and her mother argued against the policy.

"You're telling us how we, meaning African-American people -- because this is more something that is from our culture -- what's appropriate and what's not," Henderson said. "This is her freedom to express her black culture."

The TV station was unable to reach representatives from Pet World to comment on the incident.