Brazile says Trump used Twitter to incite threats: ‘I’ve been called some of the worst things in America’ 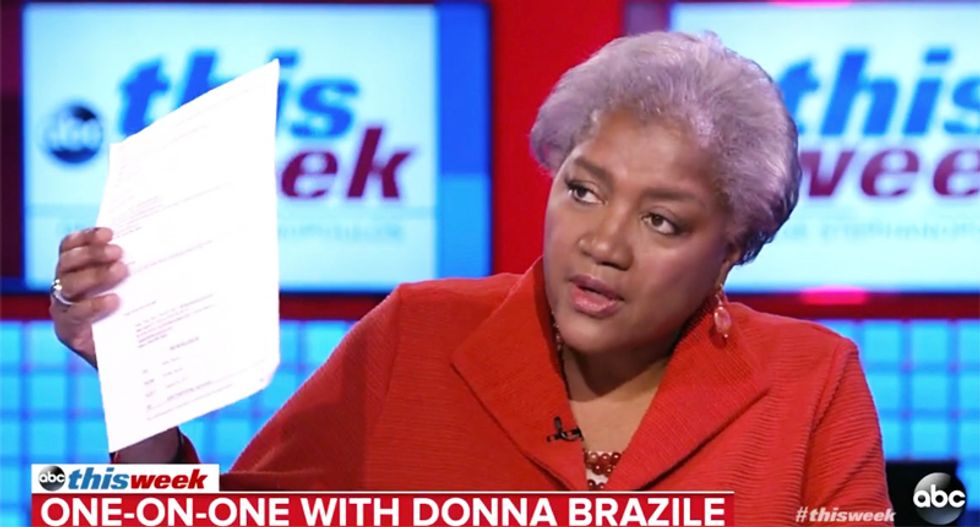 Appearing on ABC, former Democratic National Committee head Donna Brazile revealed that she was under constant assault of threats during the run-up to the 2016 election every time then-Republican nominee Donald Trump tweeted about her.

Speaking with host George Stephanopoulos on This Week, Brazile discussed some of the statements she made in her controversial new book, before the host asked her, "During the campaign, did you feel under threat?"

"My house right now is -- I've got every different kind of security device. I had to get my home swept. The DNC offices swept twice. It was horrible," she added.

"As you know, he's tweeting again, based on your book," Stephanopoulos reminded her. "He put out, 'the real story on collusion is in Donna B's new book. Crooked Hillary bought the DNC and stole the primary from Crazy Bernie.'"

"Well, Donald Trump likes to distract," Brazile shot back. "What he should be focusing on is protecting our country from being hacked again. He should be working with Congress to ensure that the American people will feel confident that we are going to have a good election season in 2017, 2018."

"Donald Trump loves to distract us and divide us, and I'm not playing his game," she explained.

"He wants an investigation," the host replied.

"I think he needs to look at his own house before he tries to clean up someone else's," she stated.