'Can we get real for a moment?': Watch CNN's Bolduan epic scolding of Trump for ducking his sex scandals 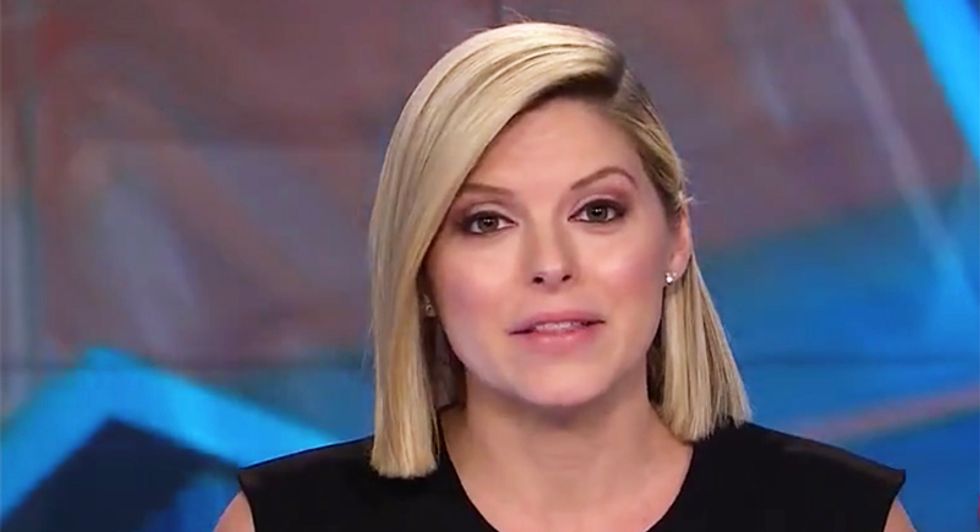 Kicking off her CNN program Friday afternoon, host Kate Bolduan launched a broadside at President Donald Trump for commenting on a woman's sexual abuse accusation against Democratic Sen. Al Franken (MN) while avoiding addressing the more than a dozen women who have accused him of sexual abuse.

Sharing clips of Trump bragging about grabbing women by the "p*ssy" and calling his accusers liars before bluntly proclaiming, "all of these liars will be sued after the election is over," the CNN host dryly retorted: "Those lawsuits never happened."

And then Bolduan was off with an epic smack-down of Trump -- directed specifically to the president.

"So can we get real for a moment?" Bolduan began. "This is no longer a 'can you believe the president said that?' kind of a moment. This has officially become a, 'the president doesn't get to do this moment.'"

"He doesn't get to question Al Franken and stay silent on Roy Moore and no one should allow it," she continued. "It's playing politics with a discussion that should rise above that. So no, Mr. President, join the full conversation going on around you, or, if you don't -- you don't get to be part of any of it."

"So too bad. You don't get to pick and choose when this issue matters and when it doesn't, you just don't," she concluded.