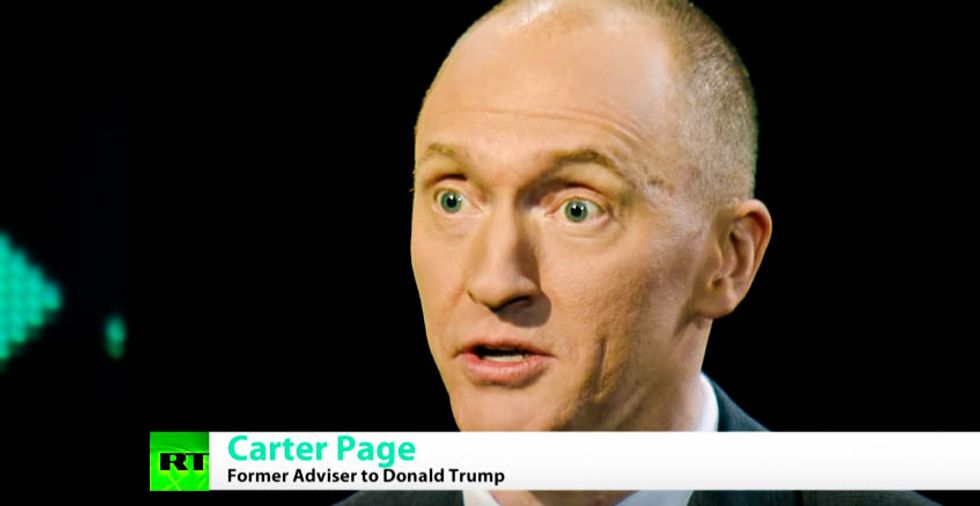 Ex-Trump adviser Carter Page said in October that he intended to plead the Fifth Amendment when interviewed in the various Russia investigations. Now, after seven hours in front of the House Intelligence Committee, he's made good on that promise.

According to lawmakers that spoke to Politico, Page utilized his Fifth Amendment rights when asked why he's withholding documents they requested from him in their Russia probe.

"I’m helping to the greatest extent I can,” Page, who appeared before the House committee without a lawyer during his seven-hour debacle, told reporters upon his exit from the closed-door meeting.