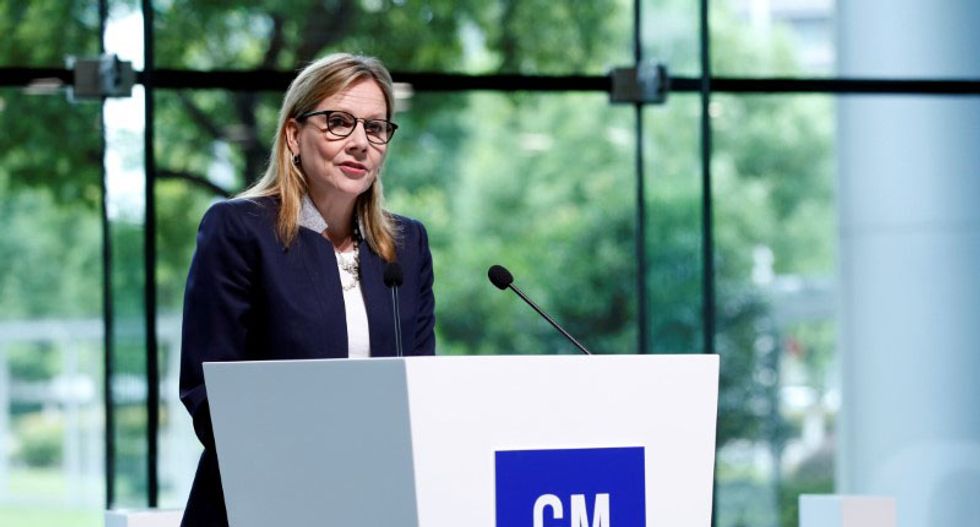 General Motors Co plans to launch a new family of electric vehicles in 2021 with batteries costing about 30 percent less than those used on the current Chevrolet Bolt, Chief Executive Mary Barra told investors on Wednesday.

The No. 1 U.S. automaker is developing an all-new electric vehicle platform that will accommodate multiple sizes and segments, to be sold by different GM brands in the United States and China, Barra said, adding new details to what was known about GM's aggressive electrification strategy.

"We are committed to a future electric vehicle portfolio that will be profitable," Barra said at the Barclays Global Automotive Conference in New York.

GM plans to introduce three new electric vehicles by 2020, including two crossovers, that will share basic components with the Chevrolet Bolt, Barra said.

The company aims to cut the cost of its lithium-ion batteries to less than $100 per kilowatt-hour from $145 per kilowatt-hour by 2021, which would bring the overall cost of electric vehicles much closer to comparable gasoline-engine models.

GM said the new batteries would hold more energy and charge quicker. The company is aiming to boost electric vehicle range to more than 300 miles (483 km) with the new batteries. The current Bolt is rated at 238 miles between charges.

Barra said GM will have the ability to manufacture high volumes of the new batteries at plants in the United States and China. She said GM projects sales of 1 million electric vehicles a year by 2026. So far, the company has sold about 17,000 Bolts.

GM's new electric vehicle platform in 2021 will serve as a base for at least nine derivatives, ranging from a compact crossover to a large seven-passenger luxury sports utility vehicle and a large commercial van. It will also provide the underpinning for a shared autonomous vehicle (AV) that GM plans to put into commercial service in 2021.

Barra described GM as "the only fully integrated developer of AVs with true scale capability."