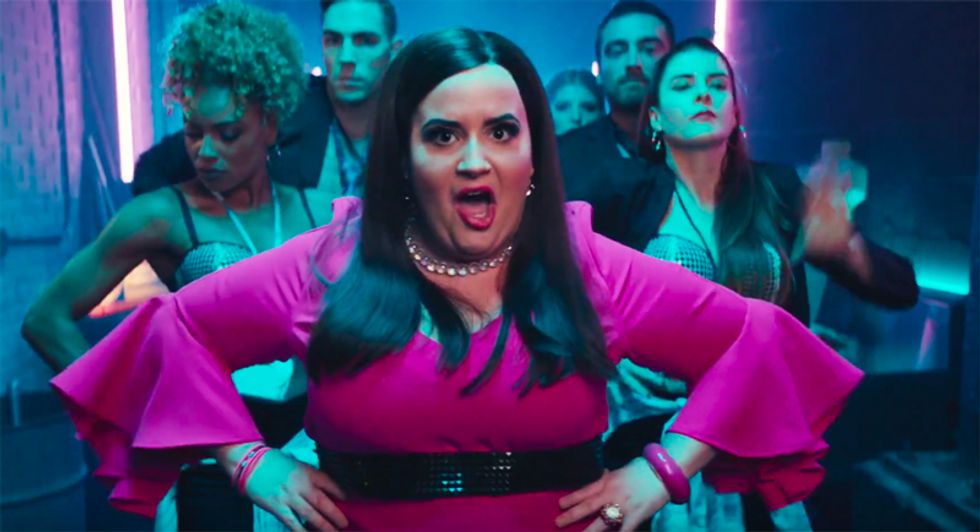 On Saturday Night Live, cast member Aidy Bryant reprised her role as White House Press Secretary Sarah Huckabee Sanders speaking to the press before drifting into a fantasyland reverie that she is a famous pop star who is adored by all.

In the midst of one her rambling answers, the press secretary suddenly imagines herself in the midst of a pop number -- in this case Demi Lovato's "Confident."

Later she is forced to explain to the stunned press that she was not singing from the White House lectern.

Watch the video below via Saturday Night Live: