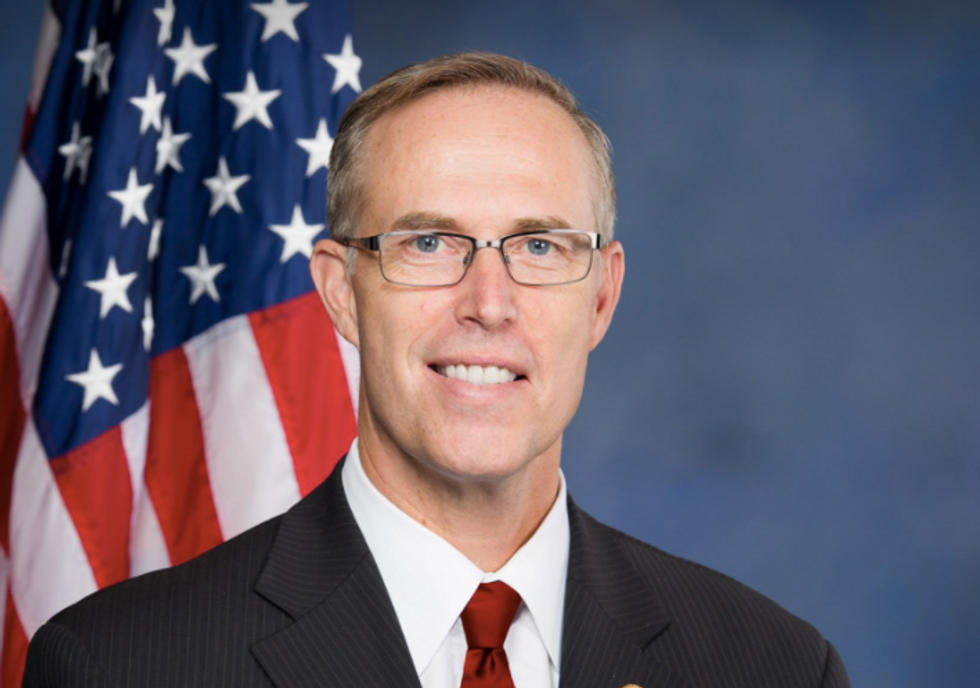 A Democratic congressman from California says there's "too much religion" in U.S. politics and that too many politicians -- Republicans in particular -- use religion as a cudgel, including President Donald Trump.

In an interview with The Washington Post, Rep. Jared Huffman (D-CA) said that he is going public with his personal stance against "religious tests" and the idea that lawmakers must be religious to appeal to constituents.

The 53-year-old congressman said that for years he has left questionnaires about his religious beliefs blank or written "none of your business" on them. He's one of only nine members of the current Congress who left their "spiritual profiles" blank.

“I don’t believe in religious tests, and I don’t believe my religion is all that important to the people I represent," Huffman told the Post, "and I think there’s too much religion in politics. For those reasons I felt good about not even answering it."

Huffman said that Pres. Trump and his cabinet members -- particularly evangelical Christian Secretary of Education Betsy DeVos -- wield religion in "negative" ways, using it as a moral pedestal from which they look down on nonbelievers.

“I’ve seen religion wielded in such negative ways around here, lately. Trump does it all the time, so implausibly," he said.

"Experts on religious identity in Congress say Huffman seems to be only the second member in contemporary records to describe his ethical system as not being God-based. The first was long-serving Democrat Pete Stark, also of Northern California, who made news a decade ago when he came out as an atheist," wrote the Post's Michelle Boorstein.

“I’m not hostile to religion, and I’m not judging other people’s religious views,” Huffman said.

He identifies as a humanist, he said, because the term "atheist" implies a certainty he is uncomfortable with.

"I suppose you could say I don’t believe in God. The only reason I hesitate is — unlike some humanists, I’m not completely closing the door to spiritual possibilities," said Huffman. "We all know people who have had experiences they believe are divine...and I’m open to something like that happening.”