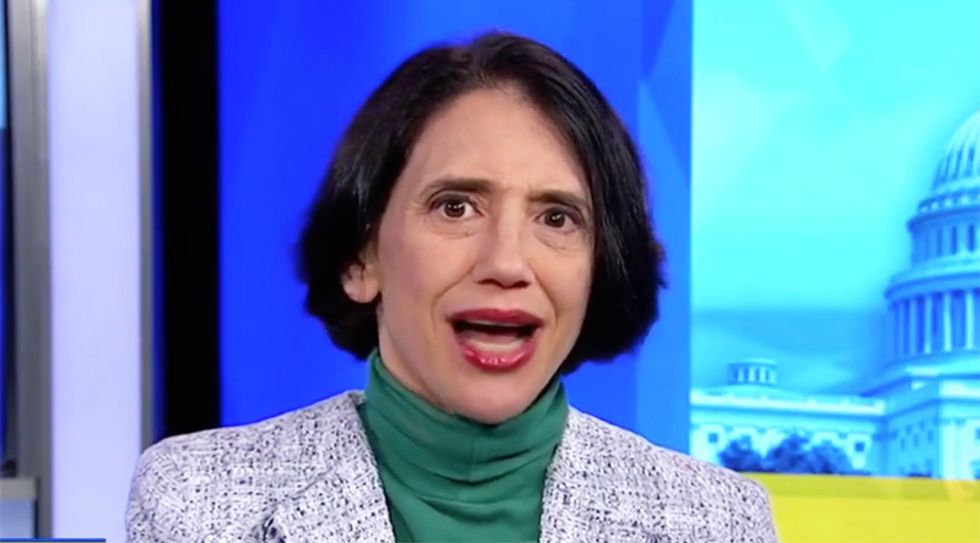 Discussing the Trump White House throwing its support behind embattled Alabama GOP Senate candidate Roy Moore, a conservative columnist on AM Joy singled about Counselor to the President Kellyanne Conway for being a mother who defends an accused pedophile.

"How on earth is a man accused serially of essentially being a child molester still up in any poll?" MSNBC host Joy Reid asked her panel.

According to GOP strategist Evan Siegfried, support for Moore is a sign that the GOP suffers from "moral rot."

"It's been an us versus them narrative where we have said as Republicans, if you don't like a certain piece of news even if it's factual, you can ignore it because it's fake news," Siegfried explained. "News is based upon opinions rather than facts in this type of world. At the same time people are making a moral justification, saying it's better to have Roy Moore, who will vote the way we want to vote, than having Doug Jones Jones in there."

"That shows the moral rot in the party. When we defend a man accused of such horrible, disgraceful behavior, it makes people have a second look and say why do we wanted to be a part of the Republican Party?' he lamented.

Conservative Washington Post columnist Jennifer Rubin picked up the thread by going after Conway who defended Moore by saying President Donald Trump needed his vote in the Senate to pass his tax package.

"There's a special place in hell for mothers who defend accused child molesters, that would be Kellyanne Conway," Rubin bluntly stated. "I have no words to describe how atrocious and despicable this is."

Rubin then went after the entire GOP.

"You can't kind of pass them off as some fringe group when the president of the United States, everybody in the White House, the head of the RNC, the vice president, the party has already embraced someone who has been seriously accused of sexual assault," Rubin lectured. "That's the president, that's Paul Ryan, that's Mitch McConnell, that's everybody. To make this distinction that somehow there are good Republicans on this issue and bad Republicans -- he has infested and deformed an entire national political party. I think they're rotten to the core now."