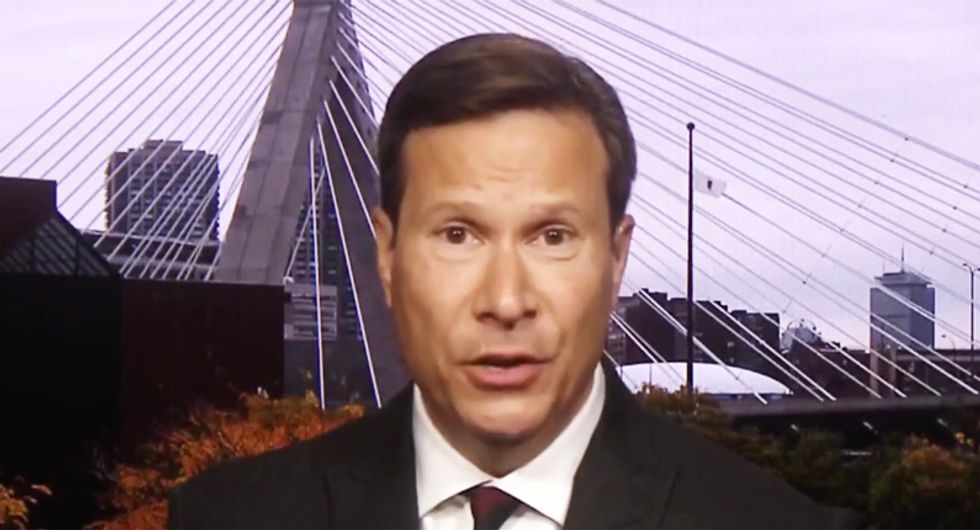 Appearing on MSNBC to discuss the horrific shooting in Texas, the former director of the FBI's counter-terrorism division lambasted lawmakers and pundits alike for worrying over the nuances of gun policy while men with a history of violence are still allowed to buy high-powered weapons.

Speaking with host Craig Melvin, former FBI official Frank Figliuzzi expressed frustration that the U.S. has suffered yet another mass shooting and explained that domestic abuser Devin Patrick Kelley should never have been allowed to own weapons -- much less be licensed to guard children at a local water-park.

"At this point it looks very much like a domestic situation, not a racial situations, as is the case with Dylann Roof, not terrorism by the government's definition," Figliuzzi began."We know this about workplace violence in general, which is very akin to what we're dealing with here. The number one reason, the root cause of most workplace violence is domestic situations that spill over into the workplace and, clearly, that's what has happened with this church shooting."

Figliuzzi then grew heated about the chatter on cable news that kept posing the same questions about points of law, but refused to look at the big picture.

"I have to tell you, while we're all spending time analyzing the subtle nuances of the law, whether his military conviction for domestic violence applies to the law, and whether he was court-martialed through a general court-martial or special court-martial but not a summary court-martial and whether it qualified as a misdemeanor or felony," he raged. "Here's what we do know. We gave a man who was convicted of domestic violence against his wife and kids -- and spent a year in confinement in a military brig -- we gave him an assault rifle and security guard license to guard a water-park around children."

"We need to know whether Congress can get around a simple change in the law that includes domestic violence convictions in the military and barring those people from getting weapons," he bluntly stated. "That is what we should be talking about."