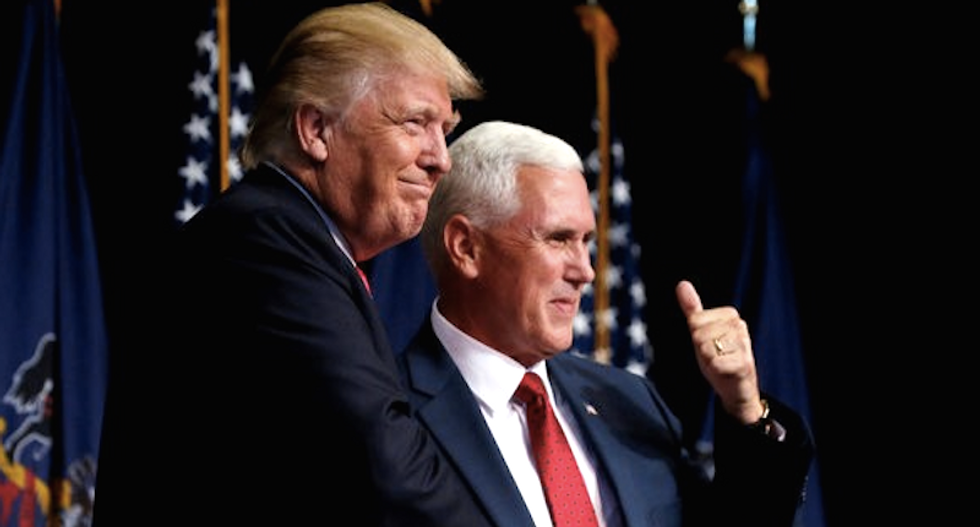 During a panel discussion of the initial targets of special counsel Robert Mueller's investigation into the the Trump campaign, security analyst Malcolm Nance noted that are four ways the Justice Department-appointed investigator can approach nailing Flynn before working working his way through other Trump aides.

"Is Michael Flynn the person who most likely has the answer on whether the Trump campaign colluded with Russia or is his real problem that he was making money on the side?" Nance was asked by host Joy Reid.

"He has four issues that will come down on him," Nance began. "One: taking money from Russia while holding a top secret security clearance and not saying anything about it. That could lead him to charges of being an unwitting intelligence asset. Two: taking money from the Turks in order to extradite illegally a U.S. resident to Turkey which is kidnapping, federal conspiracy charges -- that's bad."

"Three: there's making that phone call to Moscow in December of last year," he continued. "That is significant because that could implicate Mike Pence and Donald Trump as having ordered him do that, and he may have lied about it. And finally, he may have been the executive officer of all the dirty tricks campaigns to get the Wikileaks information, the information from the Russian lawyer, and the information from the Podesta leaks and the rest to find Hillary Clinton's e-mails -- which means he's neck deep in all of them."

"The question is, which are the easy ones Mueller is going for?" Nance said before suggesting, "I think he's going for the Turkey and Russia payments, that's documentary, he can get that. Finally, it was [Trump attorney] Jay Sekulow who dropped a hint about the security clearance of Flynn, saying Obama cleared him. So that leads me to believe it's more the Moscow phone call and him being an Moscow intelligence asset."