Ex-prosecutor: Look for 'clearly indictable' Michael Flynn to be next Trump advisor brought down by Mueller 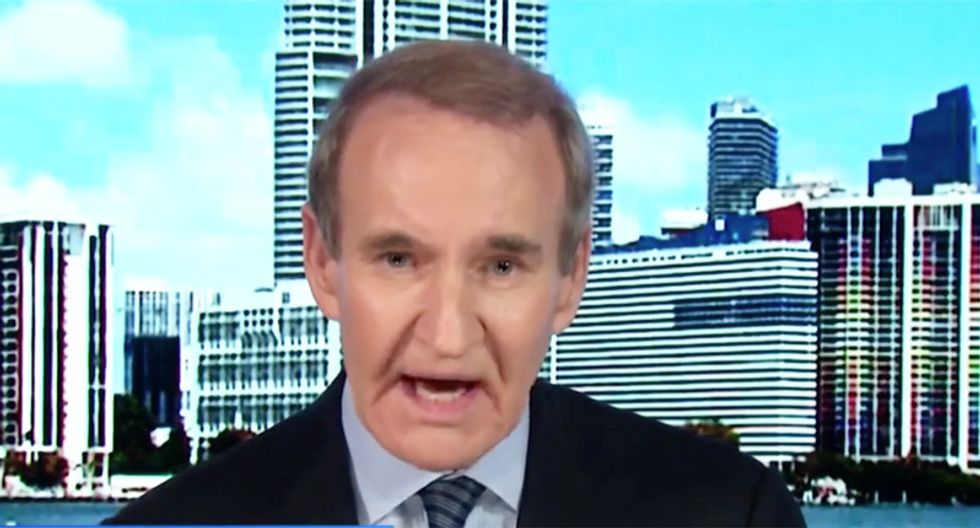 During a panel discussion on MSNBC, an ex-U.S. attorney said he expects former National Security Adviser Michael Flynn to be the next domino to fall in the investigation into the Russia's connections to the White House.

Speaking with host Richard Lui on Saturday afternoon, former U.S. Attorney Kendall Coffey said he fully expects Flynn to be next because of his extensive financial ties to foreign governments.

Asked about the guilty plea agreed to by former Bush adviser George Papadopoulos, Coffey said he was just the tip of the iceberg of Trump officials who might plead out.

"Even if you call Papadopoulos a small fry, sometimes the small fries can fry the higher ups depending what they know," he began before adding, "Right now there has to be a lot of nervous people in Washington"

"What are you watching in terms of the next steps for Mueller?" Lui asked.

"I keep watching Michael Flynn," Coffey replied without hesitation. "Because of all the people who seem to be clearly, frankly, bluntly indictable, he's center-stage and also strategically placed to know a lot about Russia"

"You brought up the big one, that is the $64 billion question," Lui replied before turning to Politico journalist Elana Schor.

"It's tough to tell," she replied. "But I'll say from the congressional perspective, Mike Flynn is it also in trouble as well."

Lui then once again speculated that Flynn could have been turned by Mueller and may have spilled more to the special counsel than Papadopoulos -- who reportedly wore a wire as part of his plea deal.