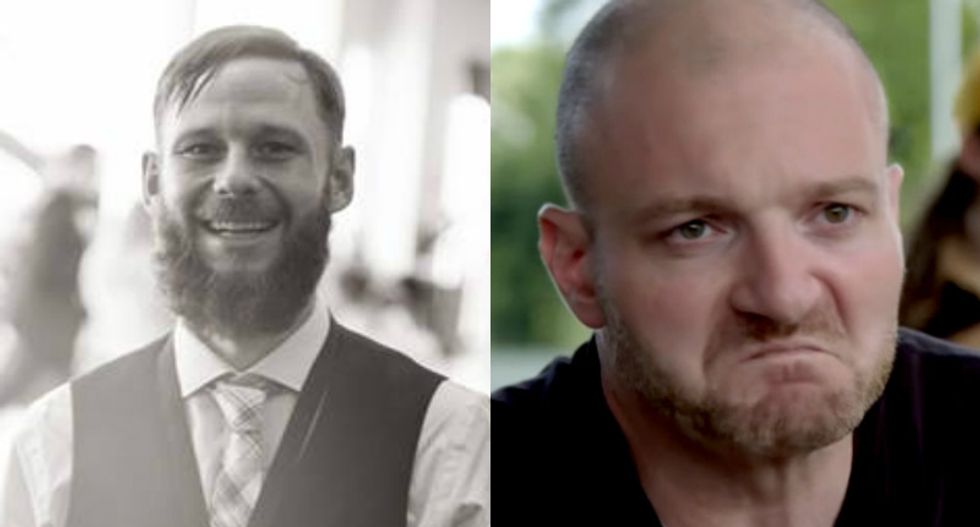 Will Coley calls himself "America's favorite Redneck Muslim" -- and he is renovating an old house to turn it into a mosque in Keene, New Hampshire, the home of "Crying Nazi" Chris Cantwell.

According to New Hampshire Public Radio, Coley and Cantwell are acquainted through fellow libertarian Ian Freeman, a controversial political talk radio personality who owns the building the "redneck Muslim" is renovating to turn into a mosque.

Cantwell, a white nationalist who was caught spewing hatred on video during the violent "Unite the Right" rally in Charlottesville, Virginia in August (and later cried about it in another viral video) was arrested and denied bail weeks at the end of August for pepper-spraying a counter-protester.

Last week, he and Coley appeared together on Freeman's show, with Cantwell calling in from the jail in Virginia where he's been denied bail.

"I’m a racist. I’m a white nationalist. And I can’t wait to get back to Keene so we can have the crying Nazi and the redneck Muslim all in the same place," Cantwell reportedly said to laughs all around.

Nevertheless, Coley, who moved to New Hampshire from Tennessee earlier this year, considers Cantwell's ideology and influence a threat.

In discussions about the difficulty of jumping through regulatory hoops to register the mosque, he said he's more concerned with his future Muslim community facing harassment from Cantwell and his followers if the city requires them to have a public hearing before approving the mosque.

"We now live in a post-Charlottesville reality in Keene," Coley said. "[Cantwell] has the ability to call together a crew of dangerous people. Announcements of a public hearing are inviting a circus."

After the city denied his request to put up a sign, Coley said he plans on hiring an attorney, and has contacted the Department of Justice about delays in opening the mosque. A code enforcement employee for the city of Keene denied Coley's accusations of mishandling.

"There are a number of places of worship, religious institutions, here in the city of Keene that have gone through these processes with us," he told NHPR.

Coley told the radio station he plans on holding services at the mosque soon after Thanksgiving regardless of whether the city approves.