'I'm terrified': Neo-Nazi blubbers like a baby in video reporting he's wanted for arrest in Charlottesville 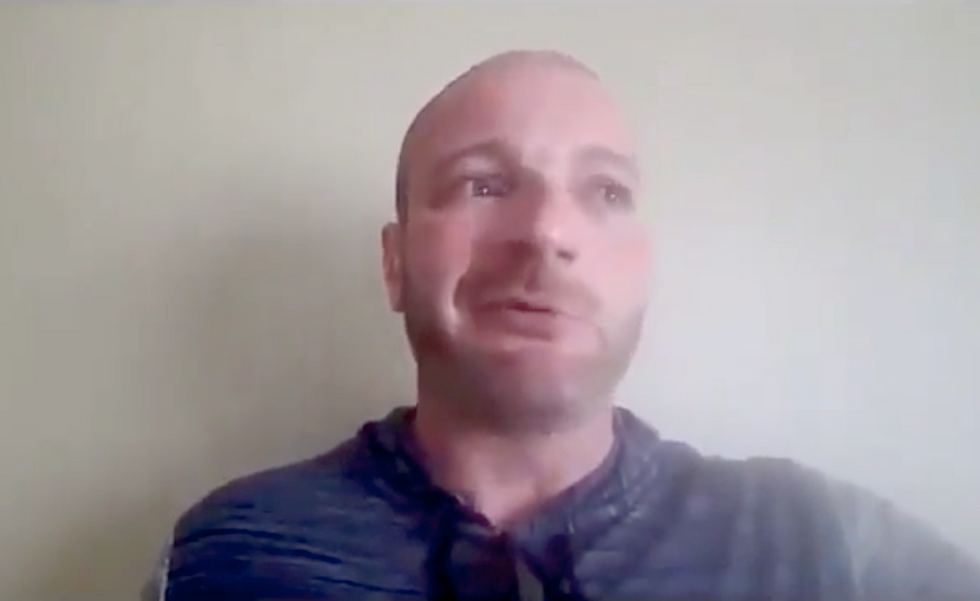 Christopher Cantwell discusses the warrant for his arrest (Screen capture)

Neo-Nazi Christopher Cantwell -- who was one of the "Unite the Right" Charlottesville marchers interviewed by Vice.com -- released a weepy, rambling video of himself discussing the fact that a warrant was issued for his arrest.

"I called the Charlottesville Police Department," Cantwell said, "and said, 'I have been told there's a warrant out for my arrest.' They said they wouldn't confirm it but that I could find this out I could go to a magistrate or whatever."

"With everything that's happening, I don't think it's very wise for me to go anywhere," he continued. "There's a state of emergency, the National Guard is here!"

He kept breaking off to wipe away tears, saying, "I don't know what to do. I need guidance."

"Our enemies will not stop, they've been threatening us all over the place," he whined before freaking out that Chelsea Manning is threatening to "curb stomp" Nazis.

"We are trying to make this peaceful, we are trying to be law abiding," he claimed, in spite of the fact that website the Daily Stormer called for Nazis to disrupt the funeral of Heather Heyer, 32, who was killed when a Nazi marcher plowed his car into a group of anti-racist protesters.

"I'm terrified," he said to law enforcement officers in the clip. "I think you're going to kill me."

Cantwell was caught on video at the march saying that he'd brought a pistol with him and that he's been going to the gym to make himself "more ready for violence."

He went on a colorful rant about President Donald Trump, saying, "Somebody like Donald Trump, who does not give his daughter to a Jew, I don't think you could feel the way I do about race, and watch that Kushner bastard walk around with that beautiful girl."

Too good, Christopher Cantwell, one of the #Charlottesville neo-nazis cries his eyes out at threat of arrest https://t.co/XteAzcofSa
— Henry Langston (@Henry Langston)1502898308.0