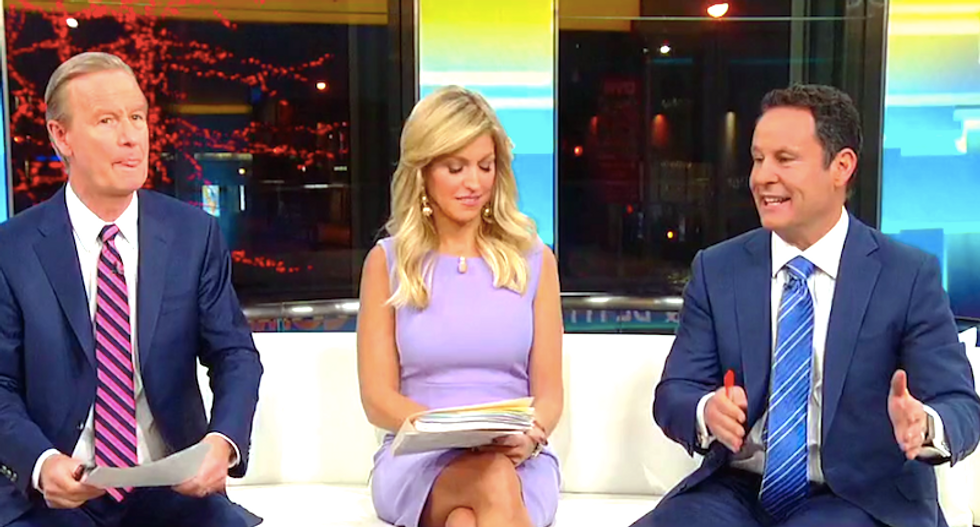 The co-hosts of "Fox & Friends" gloated over Susan Sarandon's continuing criticism of Hillary Clinton -- but they seemed to preempt a positive tweet about the actress from their most famous viewer.

The actress told The Guardian over the weekend that Clinton was "very, very dangerous," and that "we would be at war" if she had been elected.

Fox's Steve Doocy and Ainsley Earhardt reported her remarks with discernible glee, but co-host Brian Kilmeade seemed to caution President Donald Trump against praising the actress based on their report -- which he habitually watches and comments on.

"President Trump, don't say to yourself, 'I need Susan Sarandon in my camp,'" Kilmeade warned. "She wants to go even more left than Hillary Clinton would have been."