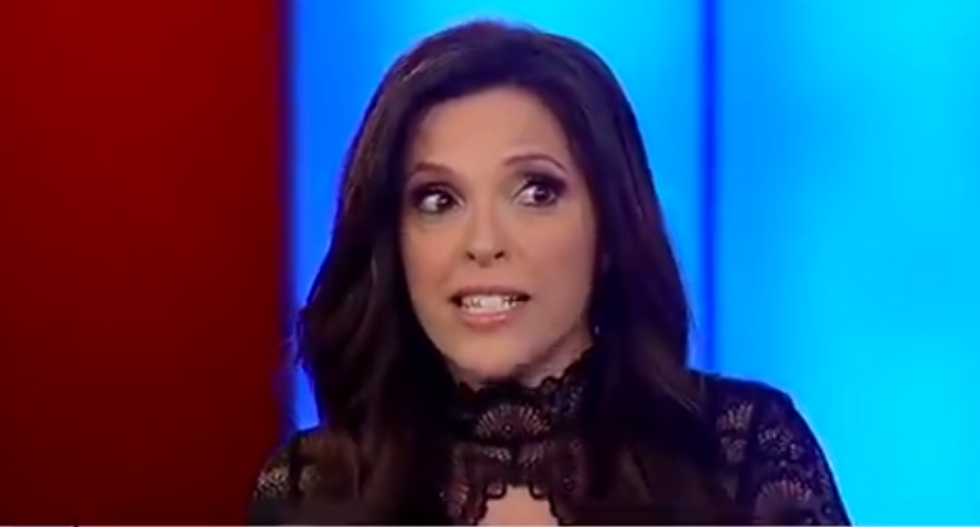 Fox News legal analyst Mercedes Colwin on Thursday spoke with Sean Hannity about sexual harassment and assault, opining that actual women who are victims of predators are “few and far between.”

Colwin and Hannity were discussing the recent allegations against Alabama GOP Senate candidate Roy Moore. According to the Washington Post, Moore attempted to engage in a sexual relationship with a 14-year-old girl when he was in his 30’s. He also reportedly pursued three other women between the ages of 16 and 18.

Instead of focusing on the men who engage in these acts, the Fox News host and analyst decided to focus on the women who make these allegations, and specifically, whether or not those women lie.

“Do people do it for money, do they do it for political reasons?” Hannity asked Colwin. “How come—is that more common than people would think?”

“Oh, definitely, I mean they’ll do this for--” Colwin began.

“They will lie to make money?” Hannity asked, cutting her off.

“Undoubtedly,” Colwin said. “There are individuals that come forward with these outrageous allegations.”

“And that hurts all women that are victims,” Hannity said.

“Yes,” Colwin agreed, adding that when she worked with a district attorney, she found some jurors wouldn't believe sexual assault allegations because in their own lives “there are people that have made these accusations for money.”

“Sexual harassment, that term is coined everywhere, frankly the laws are very clear as to what it takes in order to be a violation of the law,” she continued.

“There are women people that are victims of predators!” Hannity exclaimed. “So horrible”

“Yes there are, but very few and far between,” she replied.

"Having considered the comments, especially my 'very few and far between' remark which has regretfully caused tumult and pain, it was made in the context of civil cases of sexual harassment that I've handled as an attorney and as a judge," she said.

"I did not mean to imply nor do I believe, that the victims of sexual assault within society at large are 'very few and far between.'"

"I sincerely apologize that I did not express this distinction at the end of my appearance and am deeply sorry for appearing to diminish this very important issue," Colwin said.

“Few and Far Between” ... this is quite a segment. Watch pic.twitter.com/rN9PPZYBH5