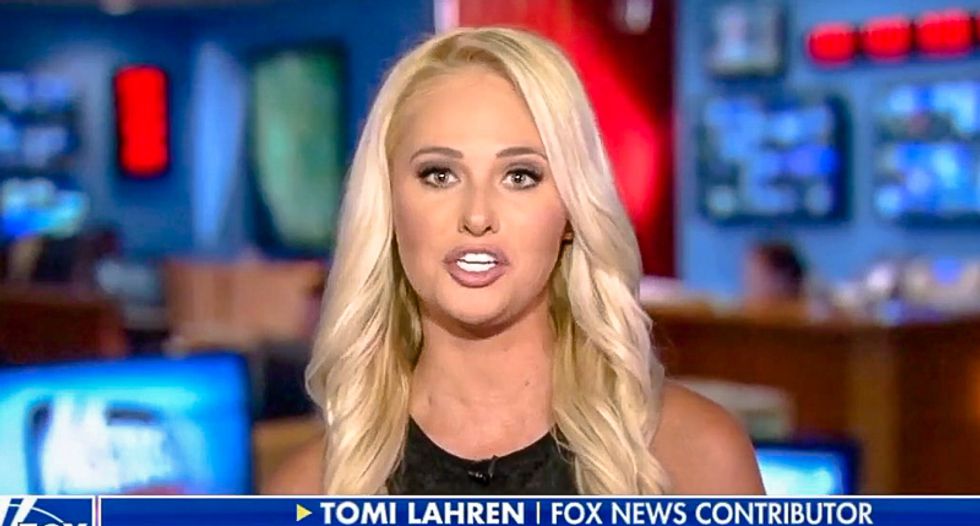 Fox News contributor Tomi Lahren asserted that former NFL player Colin Kaepernick does not deserve GQ magazine's Citizen of the Year Award because he and other liberals are trying to re-institute segregation in America.

During a Wednesday morning appearance on Fox & Friends, host Ainsley Earhardt explained that the magazine compares Kaepernick to other black activist athletes like Jackie Robinson and Muhammad Ali because he started a movement against systemic racism by kneeling during the national anthem.

Lahren responded angrily, calling for media to "look at the actual heroes we have: law enforcement, military, everyday heroes like that."

"And not someone who simply disrespected the flag," she added.

Lahren also slammed a New York Times article reflecting the concerns of black parents who wonder if their children can be friends with white children.

The Fox News contributor suggested that the column was "disgustingly racist" because white parents would be condemned for asking the same question about their kids.

"Because it's white people, we live in this obscure world where Colin Kaepernick is citizen of the year and it's okay to say, 'Can my children be friends with white people?'" Lahren complained. "That is liberal logic for you, welcome to their world."

"It is so odd that we had generations of Americans -- black and white, brown and every color of the rainbow -- that fought segregation and now we have liberals that are actively wanting to segregate us by political party, by color in some cases," she opined. "It's disgusting."