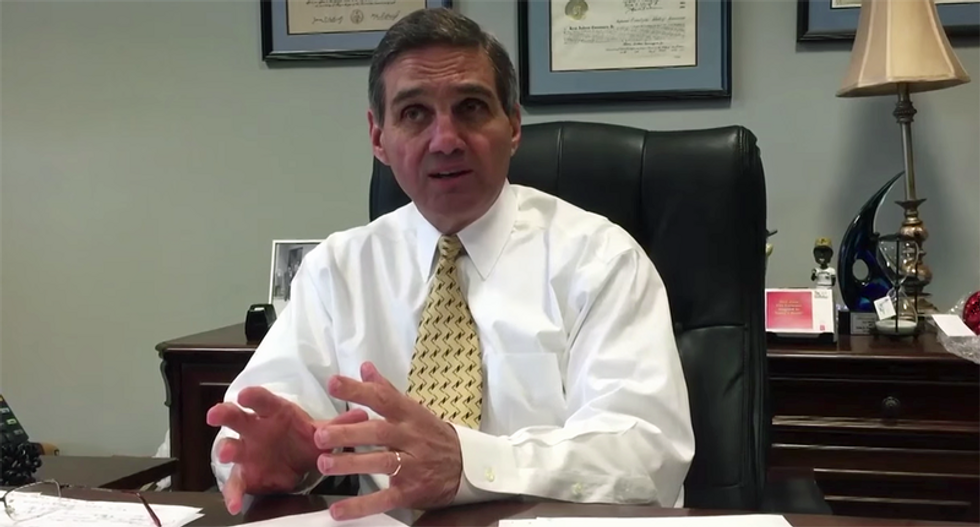 Orleans Parish District Attorney Leon Cannizzaro's office argued in court Tuesday that the department will not release "fake subpoenas" despite a July order to turn over the public records.

ACLU attorney Vincent Booth explained that the so-called DA notices or DA subpoenas practice, "is a gross embarrassment... And it's a lie."

“This ruling is a victory for the people of Orleans Parish and an important step towards restoring justice,” Marjorie R. Esman, ACLU of Louisiana executive director, explained at the time. “These false subpoenas were used to deceive people and violate their rights -- Louisianans deserve to know who was responsible.”

“District Attorney Cannizzaro is wasting time and taxpayer money trying to hide the truth from the people he’s sworn to serve. Using bogus subpoenas to intimidate and bully witnesses is an inexcusable injustice, and the people of Orleans Parish deserve answers and accountability from his office now," Esman charged. "The ACLU of Louisiana will continue to fight until the District Attorney turns over the records as the court has ordered.”

The case of Renata Singleton is one example of how the Orleans Parish District Attorney's office used the false subpoenas.

Singleton was the victim in a criminal case who was imprisoned for five days.

The DA's office issued a fake subpoena after she had resolved a domestic violence incident with her ex-boyfriend, wanting only to move on.

Cannizzaro's office jailed the victim as a material witness.

"It did not tell the court that the subpoenas were illegal. It obtained an arrest warrant and a $100,000 bond against her. By comparison, the judge ultimately gave her boyfriend a $3,500 bond," the Louisiana ACLU explained.

The victim not only had excessive bond, but ended up serving more time than her assailant, the organization said.

"Singleton had never been arrested in her life. But because of Cannizzaro’s illegal policies, she spent five traumatic days in the Orleans Parish Prison. Singleton was housed alongside people charged with serious crimes. She was terrified and worried about her children and about losing her job," the ACLU noted. "Her boyfriend, on the other hand, avoided a jail sentence altogether by pleading guilty. He received probation for two simple misdemeanors. Singleton’s testimony was never needed against him."