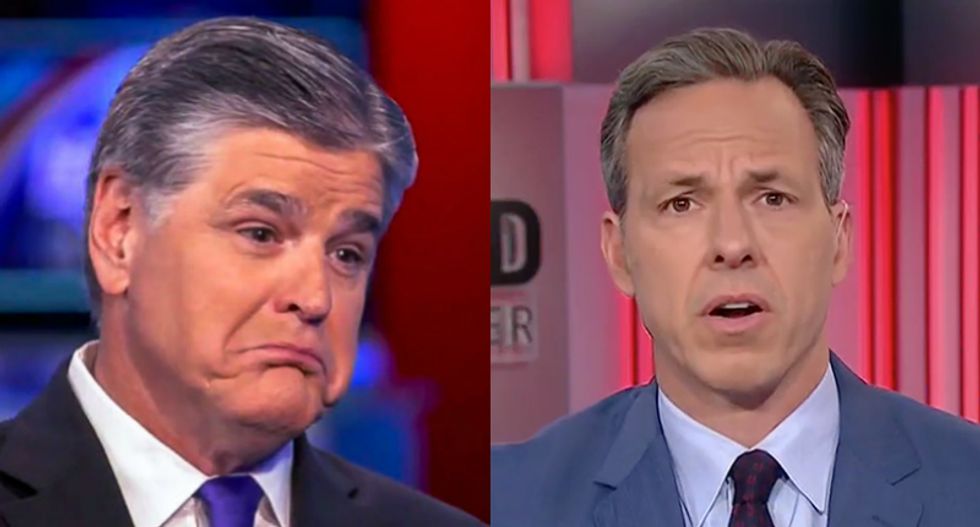 Reacting to allegations that Alabama Republican Senate candidate Roy Moore had "relationships" with a teen girls when he was in his 30's, Fox News host Sean Hannity appeared to deflect criticisms on the former judge because he reportedly had sexual contact with a 14-year-old "consensually."

During his show on Fox News later that night, Hannity claimed he "misspoke" about the age of consent -- but then doubled down on his attacks against the CNN host by criticizing former President Barack Obama and praising himself for "reserving judgement."

"One of the reasons I have been right and so many of my bratty friends in the media that are overpaid and lazy like fake Jake Tapper is they rush to judgement -- I don't," Hannity said on-air. "Jake, listen to the whole two hours of my radio show tonight. It's one of the reasons we have been more right than wrong."

Hannity Insists he won’t be like Barack Obama and rush to judgment pic.twitter.com/NBxGjE6xmO