‘I don’t have the words to express my shame’: Steve Schmidt blasts GOP's ‘sad and appalling’ Roy Moore defense 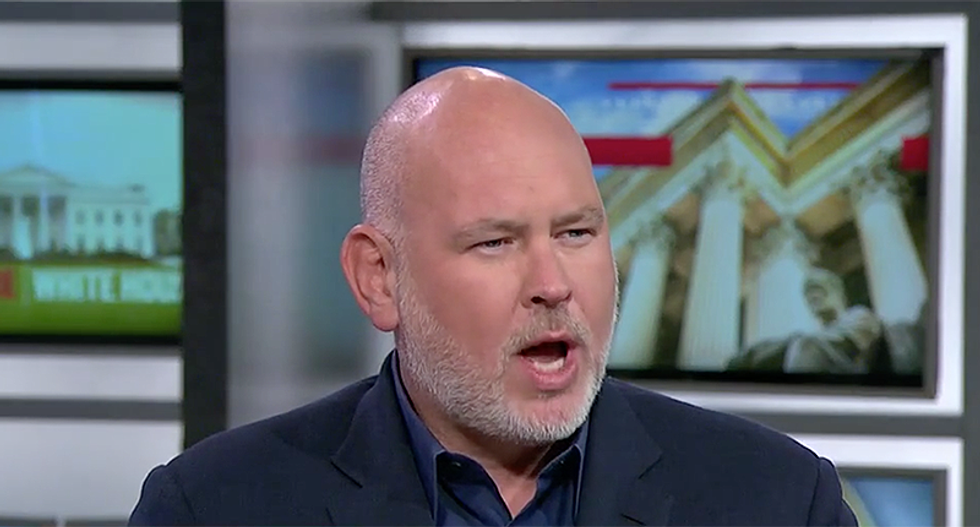 Republican strategist Steve Schmidt may specialize in political message development, but found himself at a loss for words for the Republicans defending Roy Moore.

"I don't have the words to express my shame," Schmidt admitted during a Friday MSNBC appearance. "It's disgraceful."

"This story is immaculately sourced. There are 30 corroborating sources that are contemporaneous to the accounts of the woman from the time and the years after -- it's obviously true," Schmidt concluded.

"The notion that this is some sort of conspiracy, that has been built, designed by Satan in the words of Roy Moore, over many years is pure nonsense talk," Schmidt noted. "These are credible allegations."

Schmidt called upon every Republican member of the US Senate to announce they would not caucus with Moore, if he were to be elected.

"They should repudiate it, the Republican Party, the wrought, the stench, the cancer of Bannon-ism is a plague on this country," Schmidt said.

"Ronald Reagan, Abraham Lincoln, Dwight Eisenhower, Teddy Roosevelt -- they're rolling over in their graves tonight," Schmidt suggested. "Shame on Mitch McConnell, shame on Paul Ryan for not speaking out, not doing the right thing here. Shame on them."

Schmidt was asked if it was enough for Republican Senators to rescind their endorsement of Moore.

"No, it's not enough. There needs to be a repudiation, not just a rescission of an endorsement," Schmidt demanded. "He should be called on to get out of the race."

"What he is accused of doing is molesting a little girl -- we're talking about a 14-year-old little girl. This is disgraceful. It couldn't be more disgusting. This is predatory criminal behavior, it's child molestation," Schmidt reminded.

Schmidt, who served as the day-to-day campaign manager for the unsuccessful 2008 presidential campaign of Sen. John McCain (R-AZ), had advice for leaders in both parties ahead of the Dec. 12 Alabama special election for the senate seat vacated by Attorney General Jeff Sessions.

"There's a ways to go in this race. I think that certainly the Democratic Party should be all-in on this race, all-in for Doug Jones on this race," Schmidt suggested. "You'd like to see Mitt Romney, John McCain, some of the others who have been so principled on this, they ought to endorse Doug Jones in this race."