If you’ve said this recently to your daughter, you may be perpetuating a cycle of violence against women 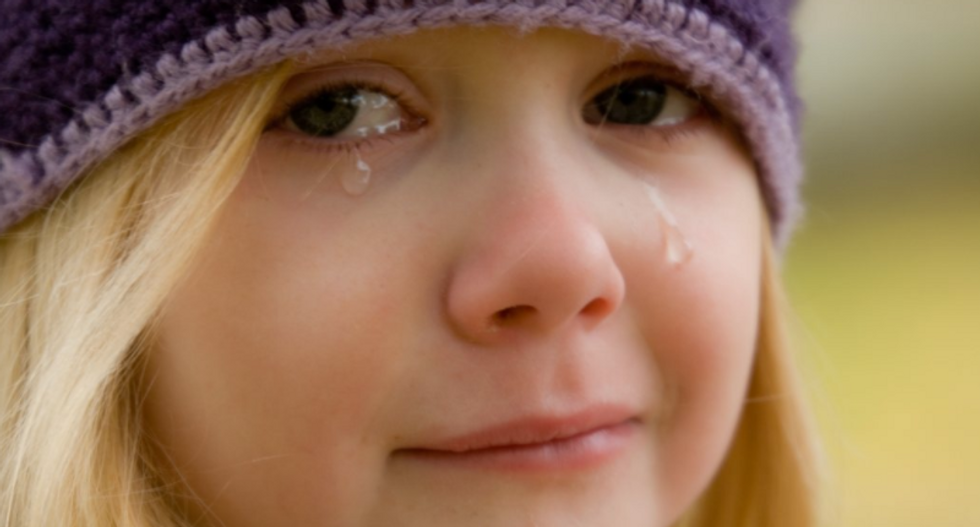 Sexual assault has arguably become the hot-button issue of the fall. Harvey Weinstein's fall and the #MeToo social media movement have awakened many Americans to the reality that almost every woman has encountered sexual harassment or assault at some point in her lifetime. Now many parents are asking how they can protect their daughters from becoming victims and their sons from being perpetrators. Sexual harassment and assault are highly pervasive among children. According to a 2011 study, 56 percent of girls reported having experienced sexual assault while in school. One piece of advice some parenting experts are giving is: stop telling adolescent girls that boys are mean to them “because they like you.” It’s an outdated response that normalizes male aggression against women at a dangerously young age.

The aforementioned study also shows how normalized sexual assault is in the eyes of offenders: 44 percent of the students who admitted to sexually harassing others didn’t think of it as a big deal, and 39 percent said they were just “trying to be funny.” Clearly, sexual harassment and assault is a silent presence among today’s children, and when parents tell their daughters to ignore or tolerate it, they prop up a devastating cycle of violence. For far too long, American parents have tolerated aggressive behavior in boys. Even implicitly, adults condone violence in boys; studies show that parents are more tolerant of boys who act aggressively toward peers and siblings than of girls who do the same.

Teaching girls to speak up when they are violated is a cornerstone of the third wave of feminism. Parenting expert Robyn Silverman, host of the podcast How to Talk to Kids About Anything, explains that parents who tell girls that boys are being mean to them because they like them actually disempower their daughters from speaking out when they are put in painful situations. “It tells them that they shouldn't complain about the conduct because, even though the delivery is hurtful or uncomfortable, it's 'nice' to be liked—and isn't that what all girls are supposed to want? It all at once excuses the ugly behavior, gives it a favorable label and silences the girl.”

Silverman continues, “The message is insidious, the most atrocious kind of earworm that rings inside a girl's head as she continues to interact with boys: their behavior is OK because the reason for their actions is seen as favorable.”

Also, when parents tell their daughters that boys mistreat them because the boys find them attractive, the adults create an unhealthy connection between sex and violence for these girls. As Heather Hlavka of Marquette University explains, in a recent study, “young women overwhelmingly depicted boys and men as natural sexual aggressors, unable to control their sexual desires. Girls normalized their experiences of sexual harassment and abuse because they were so common and indiscriminate; ‘that’s what boys do’ and ‘they do it to everyone.’” It’s all part of a normalization of male violence that begins in childhood and is hushed up by parents who don’t connect the dots to later male aggression.

This bad advice also enforces dangerous and rigid gender roles in kids. Slate’s Melinda Wenner Moyer recently asked how parents can shield children from sexism early on. As it turns out, not much is under parents’ control, although parents can do their best to keep from enforcing gender stereotypes. When children adhere strongly to common perceptions about gender, they become tied to a system of typecast sexual roles. As early as their teen years, “adolescents with strong gender stereotypes start to believe that boys are constantly seeking out sex and that girls should strive to look pretty and seek boys’ sexual attention.”

The lessons children learn about gender violence can greatly impact them later in life. Young girls who are taught to believe that aggression and bullying from boys is an indication of affection can go on to date men who mistreat them. Boys are negatively affected, too. We’ve already known for years that young boys who see assault normalized when their fathers hurt their mothers are more likely to hurt their own partners or spouses later on in life. As Moyer writes for Slate, “studies also find that the more strongly boys believe [gender] stereotypes” like the notion that bullying girls is OK, “the more likely they are to make sexual comments, to tell sexual jokes in front of girls, and to grab women.”

Sexual assault and consent can be difficult subjects to broach with children, but these topics are crucial to bring up. Silverman explained how parents can take action early on to encourage their daughters to speak up when they’re touched or spoken to inappropriately. “As a parent myself, I have looked both my daughter and son in the eyes and told them: If someone is touching their private body without their consent, this is not okay and they should speak up. If they are touching someone else's private body without consent, this is not okay and they should stop. And yes, if they see this behavior in action, they should speak up, stop it or speak to someone else who can stop it. These are messages both boys and girls need to hear. And they need to hear it early.”