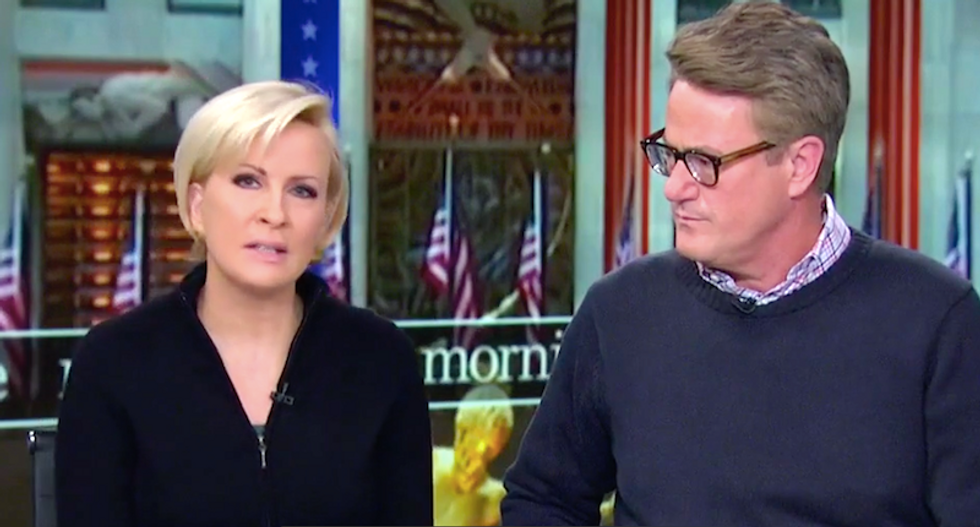 The "Morning Joe" co-host said she was "just bored" with the president's latest attacks against black athletes and their families, which she said always seemed to happen when bad news dropped about the investigations into his campaign ties to Russia.

"When the president tries to use racism to distract from bigger things, that's when we should always make it a moment to talk about Russia," Brzezinski said. "Since Jared (Kushner) is in the news this morning, and it's big news, we should not be distracted by blatant racism in a tweet that is just pathetic."

The president lashed out Sunday at Lavar Ball, the father of a UCLA basketball player jailed in China on shoplifting charges, after he took a public shot at Trump.

"Trump got trapped here," said Politico reporter Jake Sherman. "He took the bait of a guy who is looking for these fights, just like Trump is, in many ways."

Co-host Joe Scarborough said the president's attacks always backfired, because his enemies always seemed to benefit -- and Brzezinski said his public fights were intended only as distractions.

"I still think no matter whether the president looks stupid in this argument or not, because often he just lurches so wildly that he ends up looking incredibly stupid, I don't think that he cares, as long as it distracts from Russia," she said.