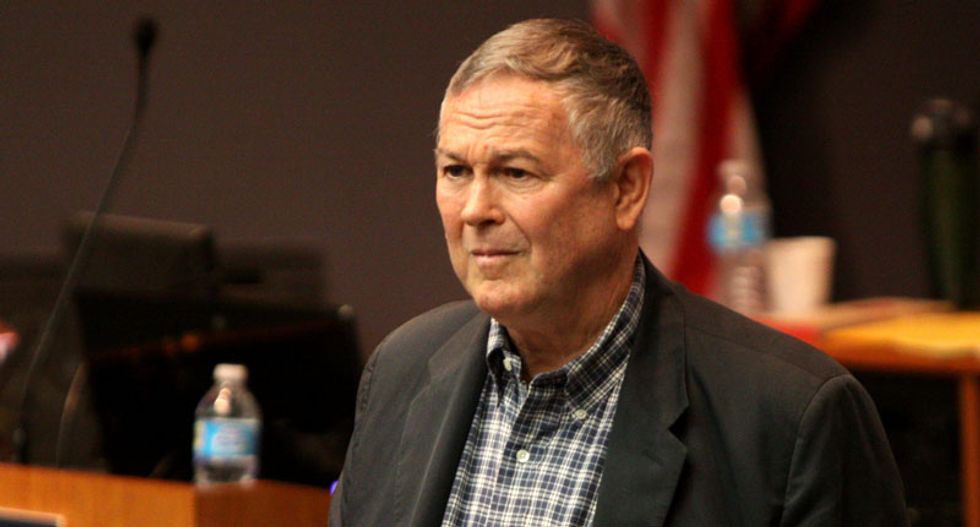 Special counsel Robert Mueller's team of investigators is looking into a pre-election meeting that took place in 2016 between then-Trump campaign adviser Michael Flynn and Rep. Dana Rohrabacher (R-CA), who has often been described as "Putin's favorite congressman."

NBC News is reporting that "the meeting allegedly took place in Washington the evening of September 20" last year and "was arranged by his lobbying firm, the Flynn Intel Group."

NBC News' report does not have any information about the nature of the meeting, although it says that it is reviewing emails sent from Flynn's firm to Rohrabacher's staff thanking them for arranging the meeting.

Rohrabacher, a California Republican who has become notorious for his efforts to advance Russian interests as a member of the United States Congress, recently had his travel privileges restricted over fears that he has been compromised by Russian intelligence officials.

The Daily Beast reported earlier this year that Rohrabacher was given instructions by Russian intelligence officials on how to alter sanctions legislation and to set up “a virtual show trial on Capitol Hill” last June, right at around the time that Donald Trump Jr. and key members of the Trump campaign met with Russian nationals who claimed to be representatives of the Russian government’s efforts to undermine the candidacy of Democratic nominee Hillary Clinton.

Rohrabacher’s original plan was to have a show trial in Congress of anti-Putin campaigner Bill Browder in which he would “confront Browder with a feature-length pro-Kremlin propaganda movie that viciously attacks him—as well as at least two witnesses linked to the Russian authorities, including lawyer Natalia Veselnitskaya.”