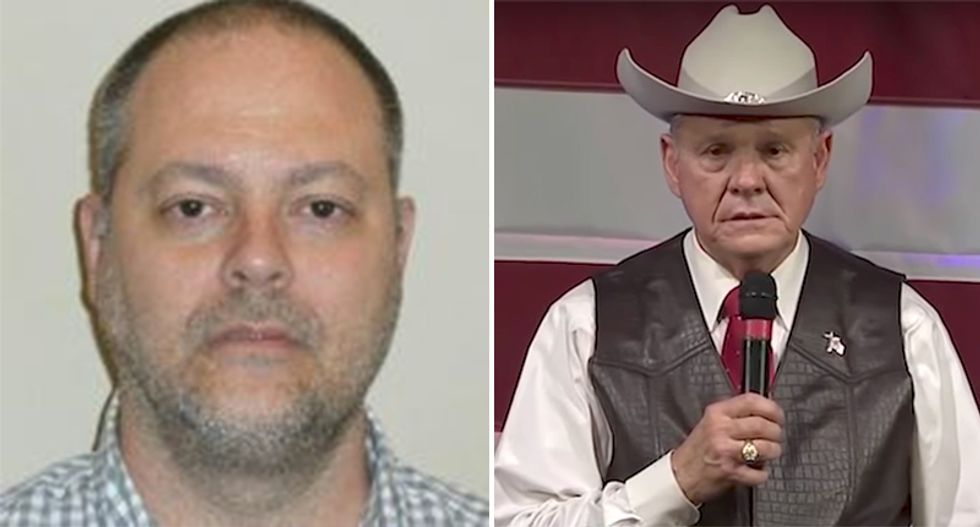 Joseph Lee Musso was accused of enticing a 14-year-old girl for sexual purposes in December 2004. Instead of running for the U.S. Senate, however, Musso ended up in jail.

As the Daily Beast reported, Musso wasn't a district attorney at the time of the alleged crime. Unlike Moore, Musso never even met the girl he was said to be enticing. He never met her on a bench outside of a courtroom, nor did he offer to watch the girl while her mother was inside. He never touched her or forced her to touch him. In Musso's case, the 14-year-old in question, never even existed. It was an FBI agent's persona and Musso was arrested when he showed up for the meeting.

The charges in court papers labeled it as “18 U.S.C. S 2422(b); Using a Computer to Attempt to Persuade, Induce and Entice a Child to Engage in Sexual Activity.” At the time, he faced a maximum of 30 years in prison, though he would serve less than five years.

When released from prison, Musso was required to register as a sex offender, which would show his photo and home address. It'll also list the year, make, and license plate number of his car, and a description of identifying marks on his body. The Beast explained that the “crime information-description” section of his profile reads, “victim was a fourteen year old female.”

Beverly Young Nelson came forward Monday in a press conference to address her encounters with Moore.

“Mr. Roy Moore was a regular customer,” said Nelson. “He came in almost every night and would stay until closing time. He sat at the counter in the same seat night after night. I remember exactly where he sat. “

She was just 15-years-old at the time and worked part time in a local bar and grill.

“Mr. Moore was an adult. He was much older than I was," she continued. "I knew that he was the district attorney in Etowah County. I did not understand what that meant, but I knew that he was an important person and I always treated him with respect.”