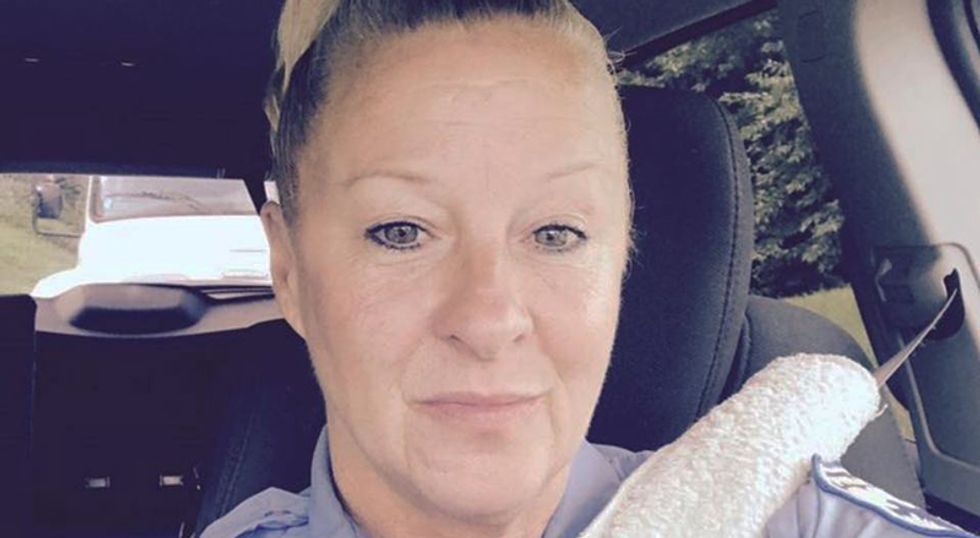 A Philadelphia policewoman is under investigation for an obscene tirade on Facebook where she called one black commenter "ghetto *ss" before threatening her, and called the mayor an "ugly miser looking p*ssy.”

According Philly.com, police officer Kristine Gillespie-Amato blew up on Facebook during a discussion on the removal of a statue of former Mayor Frank Rizzo, after several commenters called the ex-mayor a "racist," and that they were happy to see the statue go.

The report states that Gillespie-Amato posted over forty comments, batting with the other users, including telling Easter Flythe -- who is black -- she was “a ghetto ass with an education…. not.” She then threatened Flythe, writing, "Play with me with my job and see what happens,” before adding, "And when you find out where I work you could come visit me.”

“At first I didn’t know she was an officer until I clicked on her page, and I’m just like, ‘Is this how people who swore to protect and serve the people talk?’” Flythe, 21, stated. “Black this and black that. It’s crazy. I was appalled.”

Accused of being a racist, Gillespie stated she couldn't be because, "First of all I’m far from racist .. my youngest grandsons are half black.But, I’m not gonna let a snot nosed Lil racist brat talk shit… and yes I called her an *ss first!!!!”

According to a police spokesperson, supervisors are investigating her comments, noting she has been on the force since 1990.

Screenshots of her exchanges posted below: 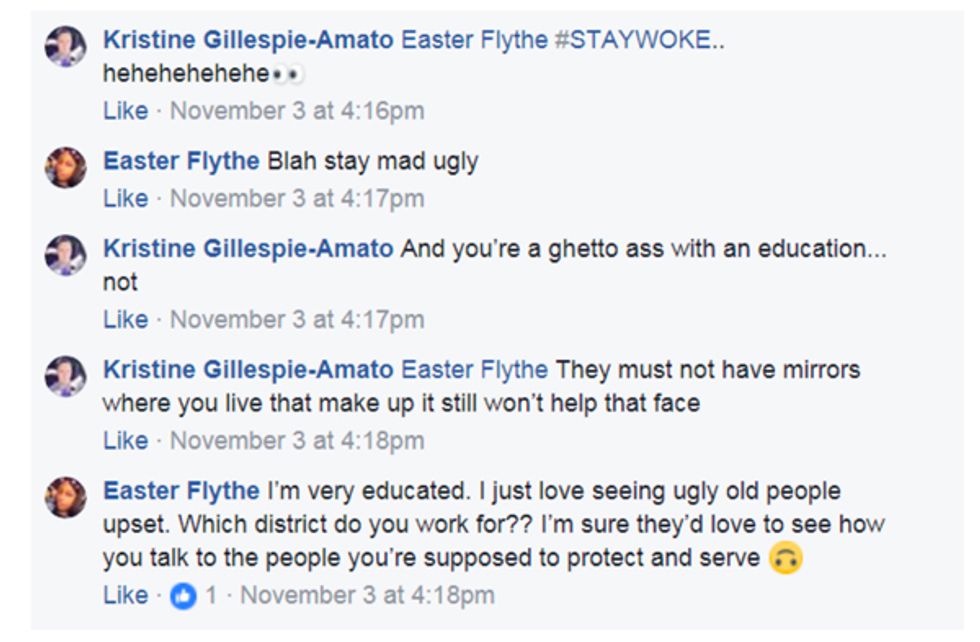 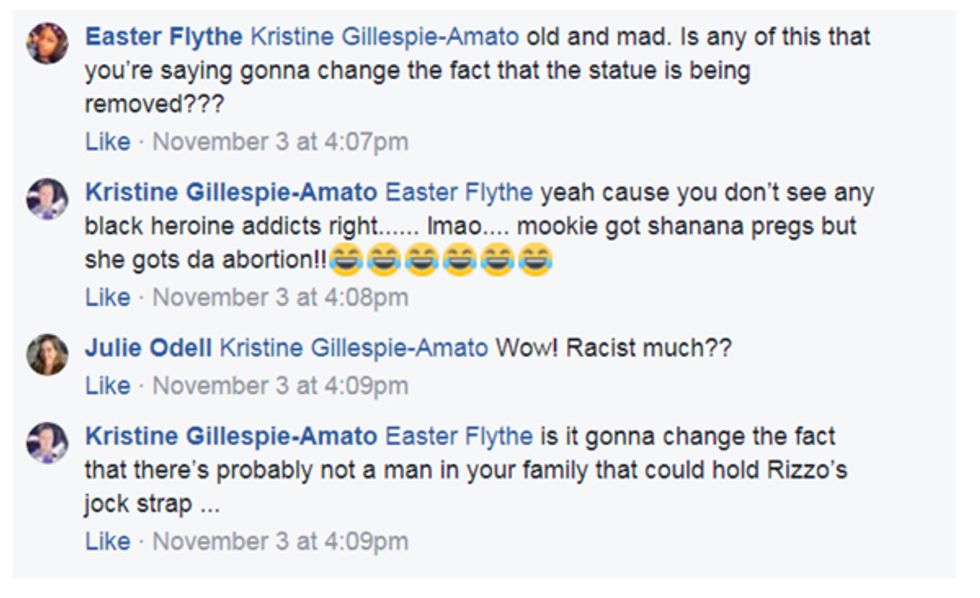