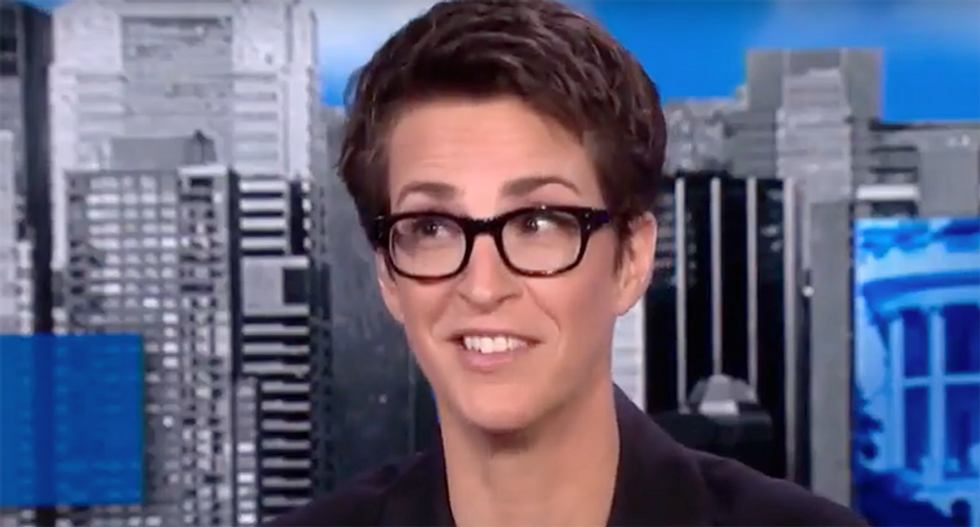 As MSNBC's Rachel Maddow notes, Michael Flynn, the shady and disgraced national security adviser to President Donald Trump, appeared to give the first indication that he had a strange relationship with Turkey on Election Day 2016.

On November 8, 2016, the then-candidate's top national security adviser published an op-ed in The Hill titled "Our ally Turkey is in crisis and needs help." Four months later, after he unceremoniously resigned from the administration as he fell under skepticism about his ties with Russia, Flynn retroactively registered as a foreign agent for his lobbying work on behalf of Turkey.

"It got even weirder and more serious," Maddow said, when the Wall Street Journal revealed last week that the Turks paid Flynn nearly $15 million to help them extradite Fethullah Gülen, a former imam and political enemy to Turkish President Recep Tayyip Erdogan, from his exiled home in Pennsylvania. Gülen, Maddow noted, was mentioned in that Election Day op-ed. As The Daily Beast reported yesterday, part of that payment was also to help them release gold trader Reza Zarrab from American prison.

NBC News subsequently reported on Thursday that Zarrab, whose trial is set to start in a few days, is now cooperating with federal prosecutors in a money laundering case against Flynn -- and is now out of jail.

Zarrab was released from federal prison near where he was about to be tried for "allegedly cheating U.S. sanctions by facilitating gold-for-gas deals between Turkey and Iran." Though, the rest of those affiliated with the charges are still on trial. While there haven't been any documents filed publicly on Zarrab's behalf, being out of jail indicated he might have made a deal with prosecutors in the Flynn case. NBC was able to confirm that was indeed true.

"How unusual is it for prosecutors to spring a guy out of jail right before he's about to go on trail so they can instead flip him for some other case?" Maddow mused. "Does this happen and we mere mortals just don't know about it? Is this a normal thing in law enforcement?"

"And also, in this case, if they have flipped this guy, what does he potentially know?" she wondered.