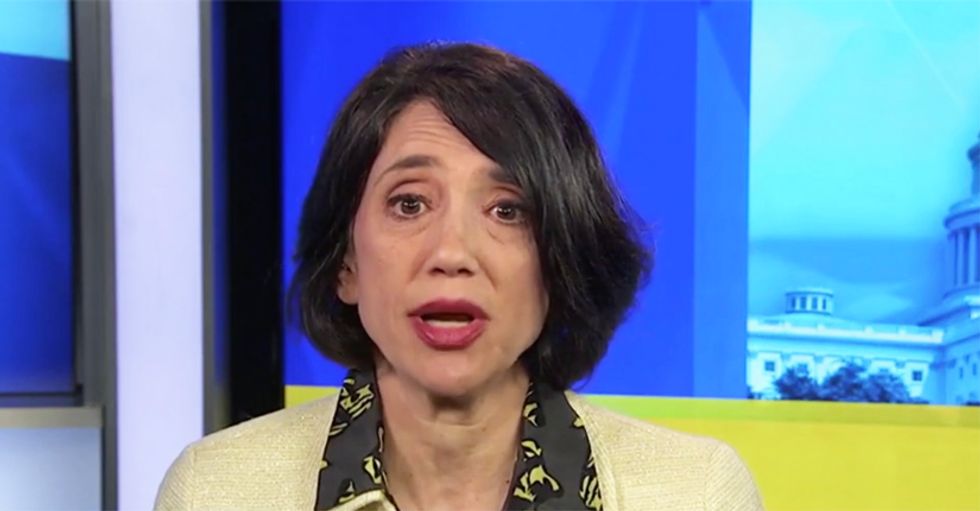 During a panel discussion on MSNBC's AM Joy, the token conservative on the show hammered members of the Republican Party for looking the other way while President Donald Trump runs roughshod over laws designed to prevent him from profiting personally from holding office.

"You know, Jennifer Rubin, you have Donald Trump, who owns a $200,000 a head private club -- who we do not know who the members are -- but we keep getting little inklings that they have little perks," Reid suggested. "Donald Trump is becoming more like other world leaders that are not so savory necessarily, whose business interests and essentially financial interests get deeply entangled with their interest in leading their governments."

"The [Mar-a-Lago] fee used to be $100,000, he doubled it once he became president because he can now monetize the presidency in a way that no one has ever done before," Rubin began. "He began this trip in Hawaii where he was, again, touting a Trump property. No one else has used the presidency to advance his own personal business interests"

"And there's a reason why he's getting away with it and that is that Republicans don't care," she asserted. "They could easily stop this, they could easily pass legislation or invoke the Emoluments Clause and prohibit him from receiving income and monies from foreign leaders. But they roll over and play dead. This is becoming a banana republic, a third world dictatorship where the rule of law is supplanted."

"The president's financial and personal interests are above national interests and he cavorts with people who share those rotten values, antidemocratic values," Rubin concluded.