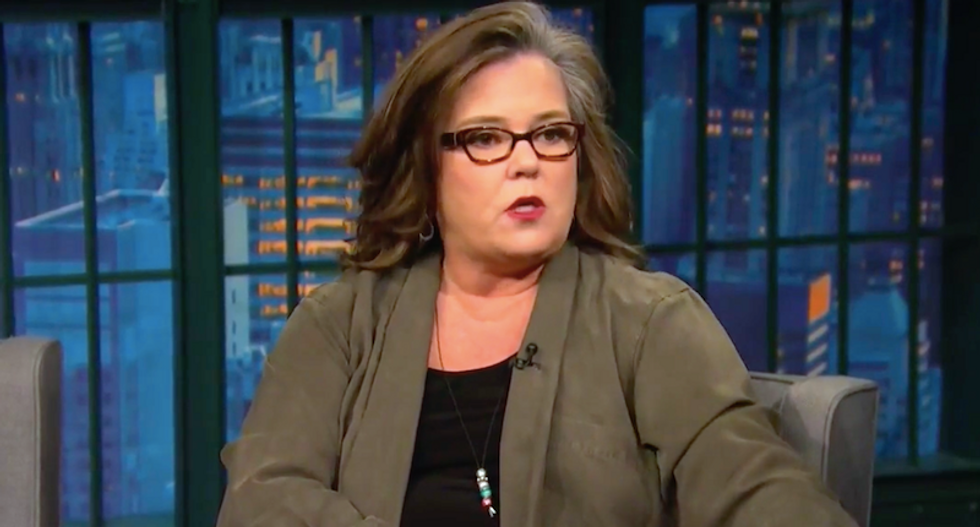 As a Republican candidate for president, and even after moving into the White House, Trump renewed his feud with the actress and comedian -- who told "Late Night" host Seth Meyers how it all started back in 2006.

She told Meyers that she laid into Trump while she was co-hosting "The View," after he decided not to fire a young woman his pageant had crowned, as O'Donnell put it, "Junior Miss Trump Atlantic City Pageant Sexist Winner."

The 20-year-old Miss USA stirred controversy after revelations of drug use, underage drinking and kissing another woman at a bar -- and O'Donnell ripped Trump's reaction to the news.

“What is he, the pimp and she’s the prostitute?” O’Donnell recalled saying at the time. “He’s the moral arbiter of 20-year-old behavior now, right?”

She also pointed out that Trump had declared bankruptcy four times, despite inheriting wealth from his father, and "notoriously cheats private contractors out of their money.”

“So, you know, as bad as everyone feels and they have felt since Nov. 8, I know for me, I’ve been in a severe depression,” O’Donnell told Meyers. “Although, I’d like to say, today after your show I’m going to get a Bob Mueller tattoo. Because I love him!”

She told Meyers the special counsel reminded her of Superman or Captain America, and the talk show host offered a suggestion to cheer her up.

“I will say that if Trump gets indicted, it would be really great if Mueller let you serve the papers,” Meyers said.