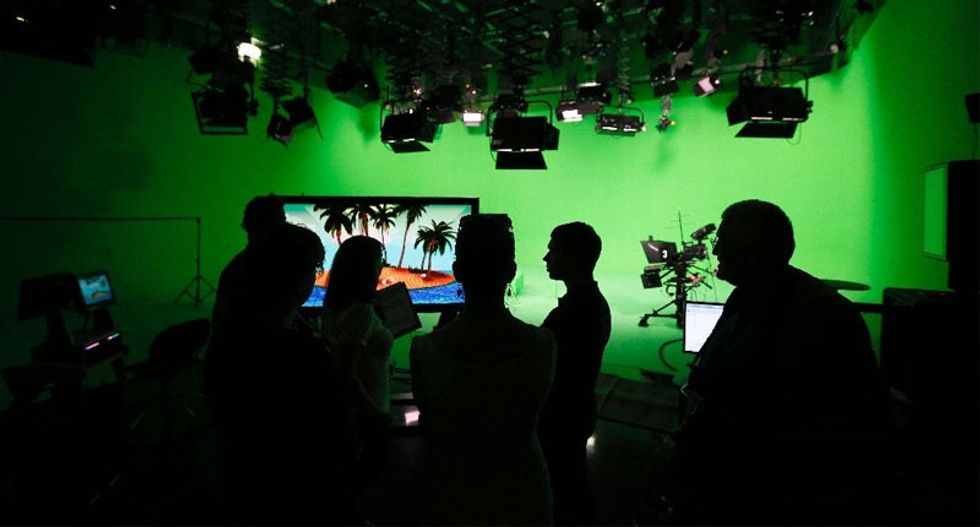 RT, formerly known as Russia Today, has the slogan "Question more" and was set up to present news from the perspective of the Kremlin (AFP Photo/Yuri Kochetkov)

Alphabet Executive Chairman Eric Schmidt, speaking on stage at an international forum last Saturday, responded to a question about Sputnik articles appearing on Google by saying the company was working to give less prominence to "those kinds of websites" as opposed to delisting them.