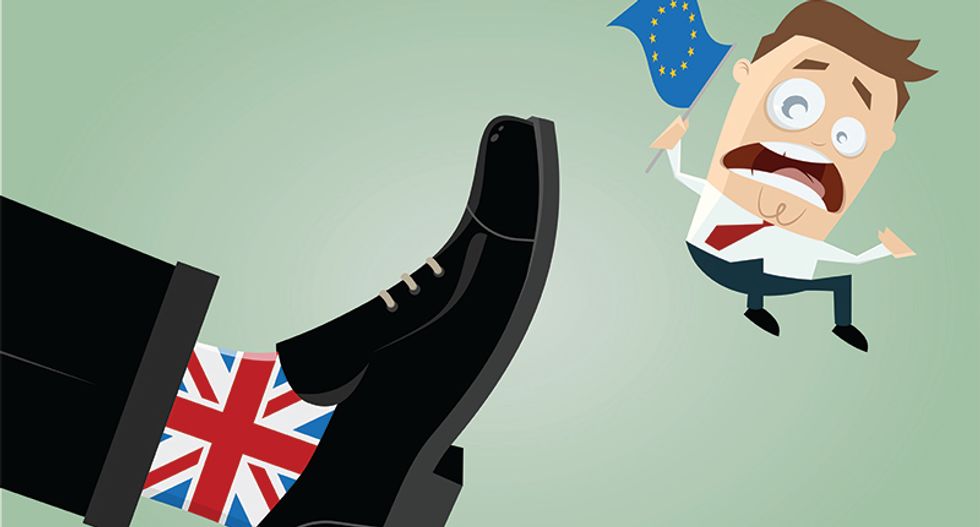 Russian Twitter accounts posted almost 45,000 messages about Brexit in the 48 hours around last year's referendum in an attempt to sow discord during the vote on whether to leave the European Union, the Times newspaper reported on Wednesday.

The Times cited research from an upcoming paper by data scientists at Swansea University and the University of California, Berkeley, which it said showed accounts based in Russia had tweeted about Brexit in the days leading up to the June 23 vote.

The Times said most of the tweets seen by the newspaper encouraged people to vote for Brexit, although a number advocated remaining in the EU. It quoted Tho Pham, one of the paper's authors, as saying "the main conclusion is that bots were used on purpose and had influence".

The research tracked 156,252 Russian accounts that mentioned #Brexit, including one, Svetal1972 which posted 92 tweets between June 20 and 24, including one calling for Britain to "make June the 23rd our Independence Day".

It said many of the messages appear to have come from automated accounts known as bots or from cyborg accounts which are heavily automated but have some human involvement.

Russia has repeatedly denied meddling in Brexit. Russian officials say the West is whipping up anti-Russian hysteria around Moscow's alleged involvement in both the U.S. presidential election and Brexit.

In Britain, a parliamentary committee has written to Facebook's Mark Zuckerberg asking for information on any paid-for activity by Russian-linked Facebook accounts around the EU referendum and the 2017 national election.

British Prime Minister Theresa May on Monday accused Russia of meddling in elections and said the government would maintain its commitment to protecting Europe after Brexit.

"We will take the necessary actions to counter Russian activity," she said.