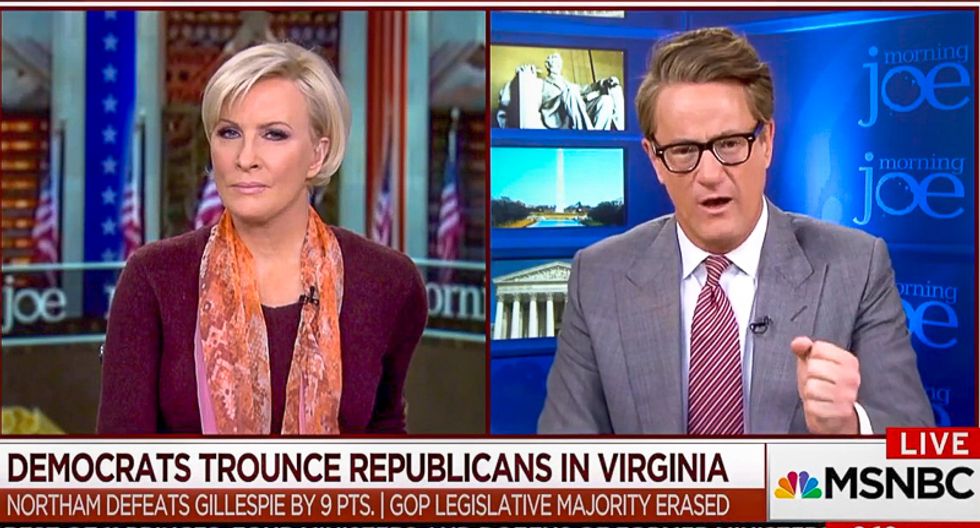 The morning after Democratic candidates won gubernatorial races in Virginia and New Jersey, Scarborough suggested that the movement women voters started after the 2016 presidential election had turned the tables on Republicans.

The MSNBC host noted that both Democrats and Republicans agree that Virginia Governor-elect Ralph Northam (D) "ran one of th worst closing campaigns they had seen in recent memory."

"And yet, Virginia voters stood in the rain, they stood in long lines," Scarborough said. "And I do believe that next year may be the year of -- quote -- women voters and women candidates."

"Because I hear stories of women standing in the rain in Northern Virginia in long lines and they weren't going to move until they got their vote against Donald Trump," he added. "Last night, wasn't as much about Ralph Northam as it was voters -- Republicans, moderates, Democrats and women -- sending a message to Donald Trump."

Later in the segment, panelist Jim VandeHei agreed that women voters made the difference for Democrats in Virginia.

"And they did," he concluded.

Watch the videos clips below from MSNBC.