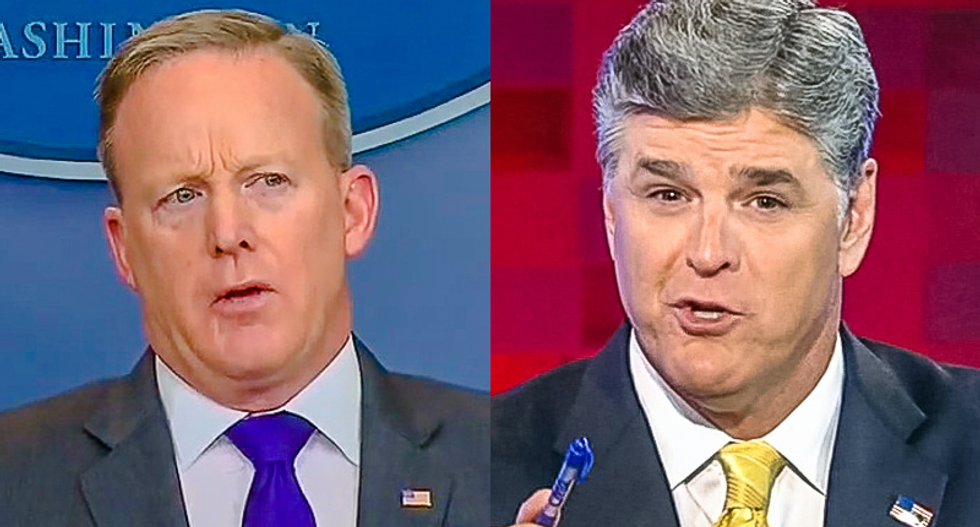 Buzzfeed correspondent Steven Perlberg reports that Spicer hired mega-lawyer Bob Barnett to represent him. Barnett had represented Barack Obama and George W. Bush, along with former White House staffers David Axelrod and Karl Rove. Both Spicer and Barnett are now distancing themselves from each other, according to the report.

CNN famously told Spicer that the network had no interest in hiring him. Buzzfeed reports Spicer also met with CBS News, ABC News, and NBC News. None hired him.

The continued rejections may not just be a result of Spicer's brash and dismissive tone as press secretary, they may also be continued fallout from Spicer's decision to take his first interview to Fox News.

"Entertainment sources say that part of the problem was that Spicer effectively preempted his chances at remaining mysterious by sitting down for an interview with Fox News’s Sean Hannity the night his departure was announced in July," Buzzfeed reports. "And right as he was about to head into market in search of a media job, Spicer railed against his potential future employers to Hannity."

Even though Spicer's loyalty to Fox News may have cost him other opportunities, he was not rewarded with a fallback offer from Fox.

"When it came time to make a decision after the meeting with Spicer, Fox News programming executives didn’t think he would add much to its current deep bench of former Republican officials, like Dana Perino and Rove, sources said. There were also whispers that Spicer’s enemies might have disparaged him to Fox News CEO Rupert Murdoch," Buzzfeed explained.

“Beyond speaking opportunities and corporate consulting, I’ve been listening to several ideas on a variety of fronts," Spicer claimed.

Spicer was also reportedly turned down for an appearance on Saturday Night Live.